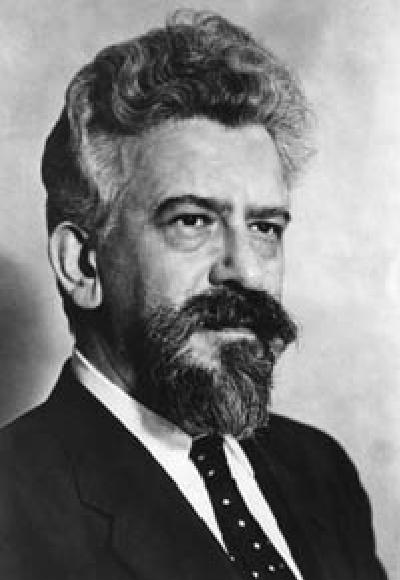 Abraham Joshua Heschel (January 11, 1907 – December 23, 1972) was a Polish-born American rabbi and one of the leading Jewish theologians and Jewish philosophers of the 20th century. Heschel, a professor of Jewish mysticism at the Jewish Theological Seminary of America, authored a number of widely read books on Jewish philosophy and was active in the civil rights movement.

Abraham Joshua Heschel was born in 1907 as the youngest of six children of Moshe Mordechai Heschel and Reizel Perlow Heschel. He was descended from preeminent European rabbis on both sides of his family. His paternal great-great-grandfather and namesake was Rebbe Avraham Yehoshua Heshel of Apt in present-day Poland. His mother was also a descendant of Avraham Yehoshua Heshel and other Hasidic dynasties. His siblings were Sarah, Dvora Miriam, Esther Sima, Gittel, and Jacob. Their father Moshe died of influenza in 1916 when Abraham was nine.

After a traditional yeshiva education and studying for Orthodox rabbinical ordination (semicha), Heschel pursued his doctorate at the University of Berlin and rabbinic ordination at the non-denominational Hochschule für die Wissenschaft des Judentums. There he studied under some of the finest Jewish educators of the time: Chanoch Albeck, Ismar Elbogen, Julius Guttmann, Alexander Guttmann, and Leo Baeck. His mentor in Berlin was David Koigen. Heschel later taught Talmud at the Hochschule. He joined a Yiddish poetry group, Jung Vilna, and in 1933, published a volume of Yiddish poems, Der Shem Hamefoyrosh: Mentsch, dedicated to his father.

In late October 1938, when Heschel was living in a rented room in the home of a Jewish family in Frankfurt, he was arrested by the Gestapo and deported to Poland. He spent ten months lecturing on Jewish philosophy and Torah at Warsaw’s Institute for Jewish Studies. Six weeks before the German invasion of Poland, Heschel left Warsaw for London with the help of Julian Morgenstern, president of Hebrew Union College, who had been working to obtain visas for Jewish scholars in Europe and Alexander Guttmann, later his colleague in Cincinnati, who secretly re-wrote his ordination certificate to meet American visa requirements..

Heschel’s sister Esther was killed in a German bombing. His mother was murdered by the Nazis, and two other sisters, Gittel and Devorah, died in Nazi concentration camps. He never returned to Germany, Austria or Poland. He once wrote, “If I should go to Poland or Germany, every stone, every tree would remind me of contempt, hatred, murder, of children killed, of mothers burned alive, of human beings asphyxiated.”

Heschel arrived in New York City in March 1940. He served on the faculty of Hebrew Union College (HUC), the main seminary of Reform Judaism, in Cincinnati for five years. In 1946, he took a position at the Jewish Theological Seminary of America (JTS) in New York City, the main seminary of Conservative Judaism. He served as professor of Jewish ethics and Mysticism until his death in 1972. At the time of his death, Heschel lived near JTS at 425 Riverside Drive in Manhattan.

Heschel married Sylvia Straus, a concert pianist, on December 10, 1946, in Los Angeles. Their daughter, Susannah Heschel, became a Jewish scholar in her own right. Heschel’s papers are held in the Rubenstein Rare Book & Manuscript Library at Duke University.

Heschel explicated many facets of Jewish thought, including studies on medieval Jewish philosophy, Kabbalah, and Hasidic philosophy. According to some scholars, he was more interested in spirituality than in critical text study; the latter was a specialty of many scholars at JTS. He was not given a graduate assistant for many years and was relegated to teach mainly in the education school or Rabbinical school, not in the academic graduate program. Heschel became friendly with his colleague Mordecai Kaplan. Though they differed in their approach to Judaism, they had a very cordial relationship and visited each other’s homes from time to time.

Heschel believed the teachings of the Hebrew prophets were a clarion call for social action in the United States and worked for African Americans’ civil rights and against the Vietnam War.

He also specifically criticized what he called “pan-halakhism”, or an exclusive focus upon religiously compatible behavior to the neglect of the non-legalistic dimension of rabbinic tradition.