LAHORE: Leading Pakistani singer and actor Farhan Saeed has said that the country is not threatened by anyone but Pakistanis.

According to details, Pakistani singer and actor Farhan Saeed also expressed concern over the current situation in the country.

Farhan Saeed has shared a story on Instagram in which the caption was written which country comes to your mind after hearing slaps, slaps, abuses, trolling, memes. 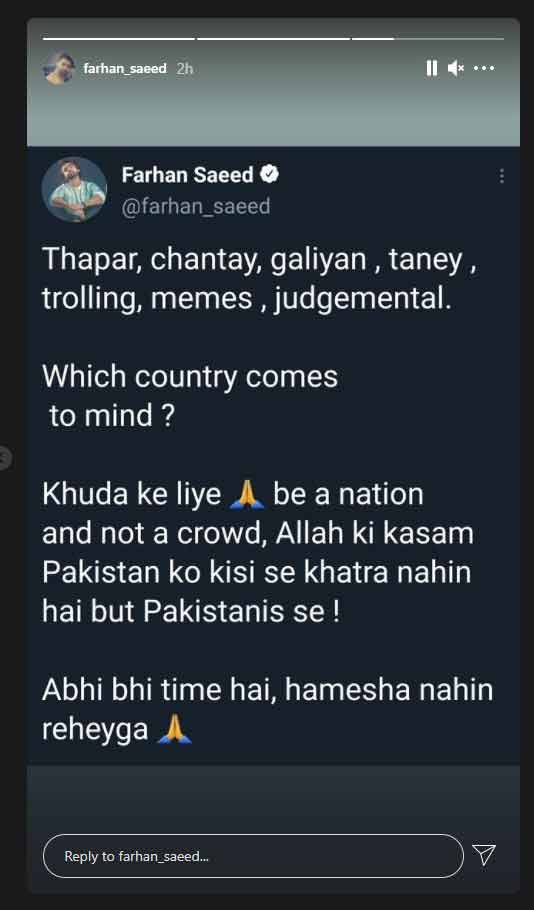 Farhan Saeed appealed to the Pakistani people to remain a nation for God’s sake and not as a community. By God, Pakistanis are not threatened by anyone but by Pakistanis.

In his post, the actor warned Pakistanis that now is the time but it will not last forever.