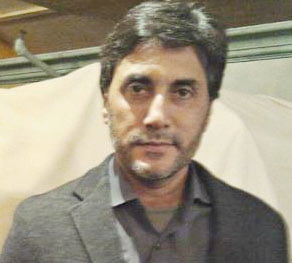 Adnan Siddiqui (Urdu: عدنان صدیقی‎) (born 23 October 1969) is a Pakistani actor, producer and model who has worked in Lollywood and Hollywood and also made his debut in Bollywood with the Hindi film Mom (2017). He also has his own production house, Cereal Entertainment, churning out serials like Aadat and Ghughi. After PTV’s classical drama Uroosa, he performed a side roll in a leading Pakistani drama serial Mere Paas Tum Ho.

Early life and education
Siddiqui was educated at the St. Patrick’s High School, Karachi. He is the youngest in a family of eight children, born in Lahore where his father moved from Uttar Pradesh before shifting the whole family to Karachi some time after the birth of Adnan.

Career
He has appeared in many commercials and drama serials, including Uroosa, Pal Do Pal, Meri Adhoori Mohabbat, Meri Zaat Zara-e-Benishan, Doraha, Hawa Rait Aur Aangan, Choti Si Kahani, Vasl and Parsa. Siddiqui first started his filming career in the 1990s; he became notable for being cast in the popular drama Uroosa and one of the famous travel reality shows of the time Gulls & Guys directed by Shoaib Mansoor. In 2002, he was nominated for Best Actor (TV) in the Lux Style Awards and was its red carpet host. He also played a small role alongside Angelina Jolie and Irrfan Khan in the 2007 film A Mighty Heart. In 2010, Siddiqui won Best Supporting Actor Award for Ishq Junoon Deewangi on Pakistan Media Award. He made his first debut in Pakistani film Yalghaar.