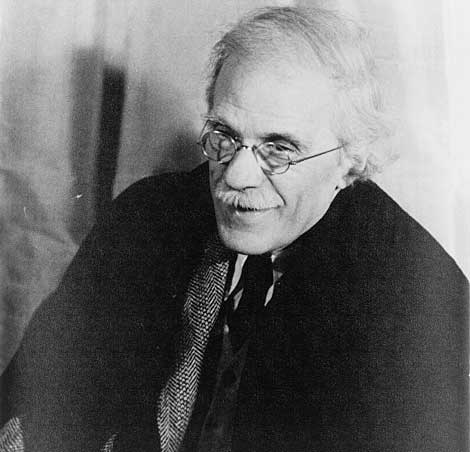 Alfred Stieglitz HonFRPS (January 1, 1864 – July 13, 1946) was an American photographer and modern art promoter who was instrumental over his fifty-year career in making photography an accepted art form. In addition to his photography, Stieglitz was known for the New York art galleries that he ran in the early part of the 20th century, where he introduced many avant-garde European artists to the U.S. He was married to painter Georgia O’Keeffe.

Stieglitz attended Charlier Institute, a Christian school in New York, in 1871. The following year, his family began spending the summers at Lake George in the Adirondack Mountains, a tradition that continued into Stieglitz’s adulthood.

So that he could qualify for admission to the City College of New York, Stieglitz was enrolled in a public school for his junior year of high school, but found the education inadequate. In 1881, Edward Stieglitz sold his company for US$40,000 and moved his family to Europe for the next several years so that his children would receive a better education. Alfred Stieglitz enrolled in the Real Gymnasium in Karlsruhe. The next year, Alfred Stieglitz studied mechanical engineering at the Technische Hochschule in Berlin. He enrolled in a chemistry class taught by Hermann Wilhelm Vogel, a scientist and researcher, who worked on the chemical processes for developing photographs. In Vogel, Stieglitz found both the academic challenge he needed and an outlet for his growing artistic and cultural interests. He received an allowance of $1,200 (equivalent to $31,792 in 2019) a month.

Stieglitz produced more than 2,500 mounted photographs over his career. After his death, O’Keeffe assembled a set of what she considered the best of his photographs that he had personally mounted. In some cases she included slightly different versions of the same image, and these series are invaluable for their insights about Stieglitz’s aesthetic composition. In 1949, she donated the first part of what she called the “key set” of 1,317 Stieglitz photographs to the National Gallery of Art in Washington, DC. In 1980, she added to the set another 325 photographs taken by Stieglitz of her, including many nudes. Now numbering 1,642 photographs, it is the largest, most complete collection of Stieglitz’s work anywhere in the world. In 2002 the National Gallery published a two-volume, 1,012-page catalog that reproduced the complete key set along with detailed annotations about each photograph.

In 2019, the National Gallery published an updated, Online Edition of the Alfred Stieglitz Key Set.

“Personally I like my photography straight, unmanipulated, devoid of all tricks; a print not looking like anything but a photograph, living through its own inherent qualities and revealing its own spirit.”