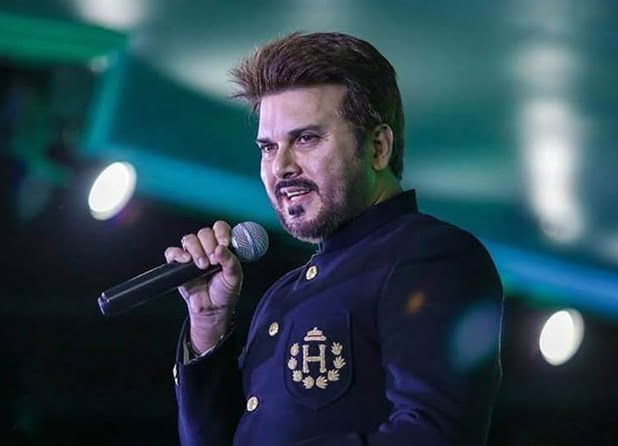 Ali Haider, a well-known singer of the past, will now be seen hosting after acting.

Announcing this on his Instagram account, NTV Houston wrote: “Ali Haider is ready to announce as a new member of the team, we are confident that your skills, enthusiasm, and fresh ideas will take the company to new heights.

Ali also shared photos from his new show set and expressed his excitement at being part of the project,

“a very professional team you want to work with.”

Fans of the singer expressed happiness in their comments and said that they are also excited about it. The one-hour record show will air once a week. Based on entertainment and live music, the “Ali Haider Show” will feature South Asians and a large number of guests will be Pakistani and Indian.

Ali Haider, who started singing at an early age, released his first musical album “Jan Jaan Sun” in 1988 after which he took Chahat, Qarar, Mahi, Sandisa, Chandni Raatin, Tarang, Tiranam To, The Lord entertained his fans with shadows and others.

The title song of Ali Haider’s 1993 album “Old Jeans” took him to the heights of fame. In addition, his songs “Chand Sa Makara” and “Qarar” also gained immense popularity.

He returned to mystical music after a long hiatus from music. Ali recited Naats, Praises, and Lamentations.

Ali was last seen in the Independence Day anthem “Think” in 2019, which was shot in the United States.