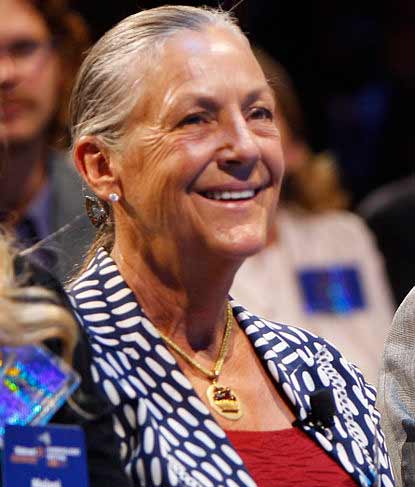 Board member of: Amon Carter Museum

Alice Louise Walton (born October 7, 1949) is an American heiress to the fortune of Walmart. In September 2016, she owned over US$11 billion in Walmart shares. As of February 2021, Walton has a net worth of $68 billion, making her the 17th-richest person, and the second richest woman in the World.

Walton was born in Newport, Arkansas. She was raised along with her three brothers in Bentonville, Arkansas and graduated from Bentonville High School in 1966. She graduated from Trinity University in San Antonio, Texas, with a B.A. in economics.

Early in her career, Walton was an equity analyst and money manager for First Commerce Corporation and headed investment activities at Arvest Bank Group. She was also a broker for EF Hutton. In 1988, Walton founded Llama Company, an investment bank, where she was president, chairwoman and CEO.

In the late 1990s, Llama Co. closed, and in 1998, Walton moved to a ranch in Millsap, Texas, named Walton’s Rocking W Ranch. An avid horse-lover, she was known for having an eye for determining which 2-month-olds would grow to be champion cutters.[16] Walton listed the farm for sale in 2015 and moved to Fort Worth, Texas, citing the need to focus on the Crystal Bridges Museum of American Art, the Bentonville, Arkansas, art museum she founded that opened in 2011.

In his 1992 autobiography Made in America, Sam Walton remarked that Alice was “the most like me—a maverick—but even more volatile than I am.”

Walton married a prominent Louisiana investment banker in 1974 at age 24, but they were divorced 2½ years later. According to Forbes, she married “the contractor who built her swimming pool” soon after, “but they, too, divorced quickly”.

Walton has been involved in multiple automobile accidents, one of them fatal. She lost control of a rented Jeep during a 1983 Thanksgiving family reunion near Acapulco and plunged into a ravine, shattering her leg. She was airlifted out of Mexico and underwent more than two dozen surgeries; she suffers lingering pain from her injuries. In April 1989, she struck and killed 50 year-old Oleta Hardin, who had stepped onto a road in Fayetteville, Arkansas. Witnesses stated that Walton was speeding at the time, but no charges were filed. In 1998, she hit a gas meter while driving under the influence of alcohol. She paid a $925 fine.