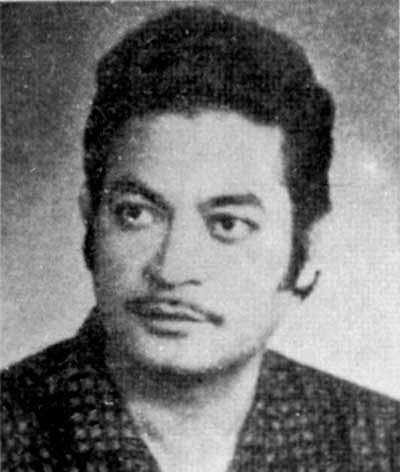 Ustad Amanat Ali Khan (Urdu: اُستاد امانت علی خان ‎), (1922 – 18 September 1974) was a Pakistani classical and ghazal singer, from the Patiala gharana. Singing duo of both brothers Amanat Ali Khan and Bade Fateh Ali Khan were together honoured with the ‘Pride of Performance’ award by the President of Pakistan back in 1969. He stands with great singing icons like Mehdi Hassan and Ahmed Rushdi and left behind hundreds of classical and semi-classical songs for the public to remember him by.

Ustad Amanat Ali died in Lahore on 18 September 1974 of a perforated appendix. His son, Ustad Asad Amanat Ali Khan, after a long music career on Pakistan Television as a performer, died due to a heart attack on 8 April 2007, in London. Both Father and Son are buried in Mominpura Graveyard near Lakshmi Chowk Lahore.

After the independence of Pakistan in 1947, Ustad Amanat Ali Khan migrated to Pakistan with his family.