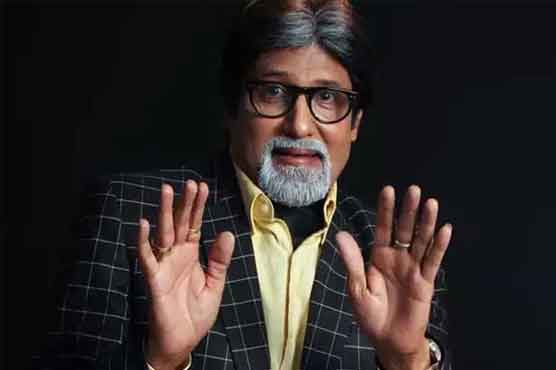 New Delhi: The corona virus has made life miserable in India, but to bring happiness to people’s faces, Indian actor Amitabh Bachchan has come to the fore, much to the amazement of viewers as to whether it is the real Amitabh. Are or shape.

According to the details, people are famous for some of their qualities like dancing, singing, comedy, roasting, acting or being like a celebrity, but the person we are going to talk about here is Amitabh Bachchan, the emperor of Bollywood.

They are known for their extreme resemblance, but nowadays they are also becoming popular for sharing happiness with Corona patients.

According to Indian media, social media influencer Shashi Kant Padwal is currently spending time with Corona patients and giving them hope. However, this is not an easy task as convincing the hospital staff that they want to talk to Corona patients on a virtual call to share happiness with them was a difficult task.

At first, many private hospitals flatly refused him, after which he decided to spend virtual time with Corona patients in government hospitals, but he had to endure a long wait and then he joined the hospital staff. I persuaded a person present to contact them with corona virus patients and record the entire session.

When interacting with Corona’s patients by phone, Shashi Kant speaks dialogues in the style of Amitabh Bachchan, reciting poems which inspires these patients.

Shashi Kant said that he does not take any money to help the patients of Corona but he does it as his duty. It is time to pray.