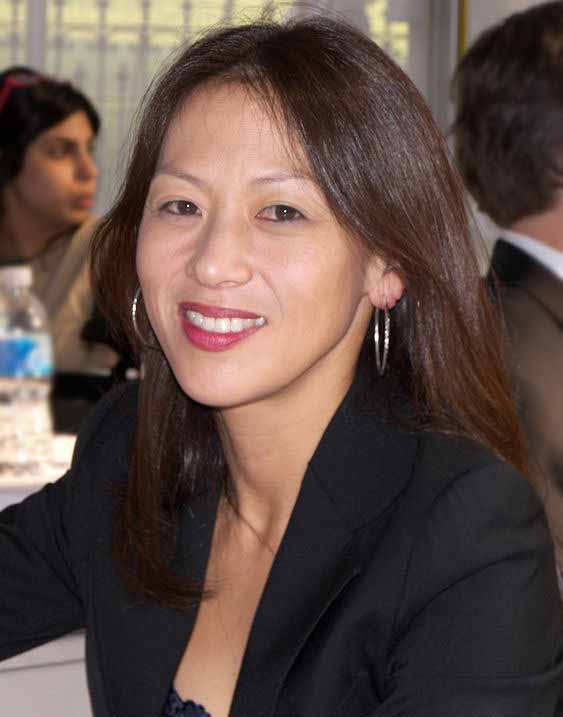 Chua graduated from Harvard College and Harvard Law School. She is the John M. Duff Jr. Professor of Law at Yale Law School. Her expertise is in international business transactions, law and development, ethnic conflict, and globalization and the law. She joined the Yale faculty in 2001 after teaching at Duke Law School for seven years. Prior to starting her teaching career, she was a corporate law associate at Cleary, Gottlieb, Steen & Hamilton. She is also known for her parenting memoir Battle Hymn of the Tiger Mother. In 2011, she was named one of Time magazine’s 100 most influential people, one of The Atlantic’s Brave Thinkers, and one of Foreign Policy’s Global Thinkers.

Chua was born in Champaign, Illinois, to ethnic Chinese parents with Hoklo ancestry who emigrated from the Philippines. Her parents raised her speaking Hokkien. Her father, Leon O. Chua, is a professor of electrical engineering and computer science at the University of California, Berkeley. His ancestral hometown is Quanzhou, Fujian.

Chua’s parents lived in the Philippines during the Japanese occupation in World War II and were liberated by General Douglas MacArthur and his troops.

Chua was raised Catholic and lived in West Lafayette, Indiana. When she was 8 years old, her family moved to Berkeley, California.

Chua has written five books: two studies of international affairs, a parenting memoir, a book on ethnic-American culture and its correlation with socio-economic success within the United States, and a book about the role of tribal loyalties in American politics and its foreign policy.

Her first book, World on Fire: How Exporting Free Market Democracy Breeds Ethnic Hatred and Global Instability (2003), explores the ethnic conflict caused in many societies by disproportionate economic and political influence of “market dominant minorities” and the resulting resentment in the less affluent majority. World on Fire, which was a New York Times bestseller, selected by The Economist as one of the Best Books of 2003, and named by Tony Giddens in The Guardian as one of the “Top Political Reads of 2003”, examines how globalization and democratization since 1989 have affected the relationship between market-dominant minorities and the wider population.

Her second book, Day of Empire: How Hyperpowers Rise to Global Dominance – and Why They Fall (2007), examines seven major empires and posits that their success depended on their tolerance of minorities.

Chua’s third book, Battle Hymn of the Tiger Mother, published in January 2011, is a memoir about her parenting journey using strict Confucianist child rearing techniques, which she describes as being typical for Chinese immigrant parents.[16] Despite being sometimes interpreted as a how-to manual for parenting, the book has been critically viewed as an account “of how children can become rebellious and alienated when one-size-fits-all education philosophies are applied, regardless of their personality or aptitudes.” It was an international bestseller in the United States, South Korea, Poland, Israel, Germany, United Kingdom, and China, and has been translated into 30 languages. The book also received a huge backlash and media attention and ignited global debate about different parenting techniques and cultural attitudes that foster such techniques. Furthermore, the book provoked uproar after the release where Chua received death threats, racial slurs, and calls for her arrest on child-abuse charges.

Her fourth book, co-written with husband Jed Rubenfeld, is The Triple Package: How Three Unlikely Traits Explain the Rise and Fall of Cultural Groups in America (published in February 2014). The book received positive reviews from a number of sources. Lucy Kellaway, writing for Financial Times, called it “the best universal theory of success I’ve seen.” The Guardian commended the book for “draw[ing] on eye-opening studies of the influence of stereotypes and expectations on various ethnic and cultural groups … The authors’ willingness to pursue an intellectual inquiry that others wouldn’t is bracing.” The book was also criticized because of what some described as cultural stereotyping. An empirical study by Joshua Hart and Christopher F. Chabris found that “There was little evidence for the Triple Package theory.”

Chua also appears in author J. D. Vance’s memoir and bestseller, Hillbilly Elegy. Chua’s student at Yale, Vance wrote that she gave him “the best advice anyone has ever given me.” Vance wrote in his acknowledgments, “Besides Tina, the person who deserves the most credit for this book’s existence is Amy Chua, my Yale contracts professor, who convinced me that both my life and the conclusions I drew from it were worth putting down on paper.” Vance credits Chua as the “authorial godmother” of Hillbilly Elegy.

In February 2018, Chua’s fifth book was published. Titled Political Tribes: Group Instinct and the Fate of Nations, it covers the topic of how loyalty to groups often outweighs ideological considerations. She examines how a failure to realize this has played a role in both the failure of US foreign policy abroad and the rise of Donald Trump domestically. The book received overwhelming positive reviews from across the political spectrum. David Frum, writing for The New York Times, praised Chua for her willingness to approach “the no-go areas around which others usually tiptoe.” The Washington Post described the book as “compact, insightful, disquieting, yet ultimately hopeful,” and Ezra Klein called the book “fascinating” on his Vox podcast. The book received a few criticisms. The Guardian called it “a well-intentioned book that never quite comes together.” The Financial Times stated that it was “an important book,” and supported Chua’s argument “that America’s liberal elite has contributed to Trump’s rise by failing to acknowledge its own sense of tribalism”; it did, however, also state that it left the “crucial question” of how to create a “non-tribal world” unanswered.[35] J.D. Vance, a former student of Chua and author of Hillbilly Elegy, praised the book, saying that “Political Tribes is a beautifully written, eminently readable, and uniquely important challenge to conventional wisdom.”

Chua lives in New Haven, Connecticut, and is married to Yale Law School professor Jed Rubenfeld. She has two daughters, Sophia and Louisa (“Lulu”). The former appeared in the New Yorker as a Harvard member of Kappa Alpha Theta and the ROTC. She said she was unprepared for the spotlight when Tiger Mother was released, and her membership in the latter two groups were part of a way to find normalcy. She also said that she envisions being a military prosecutor, with a focus on sexual assault. Sophia graduated from Yale Law School in 2018; she majored in philosophy and South Asian Studies as an undergraduate studies. On June 10, 2019, the Associated Press reported that Sophia would clerk for Justice Brett Kavanaugh.

Lulu is a student at Harvard Law School, as well as a graduate of Harvard College, where she majored in history and was president of the Sab Club.