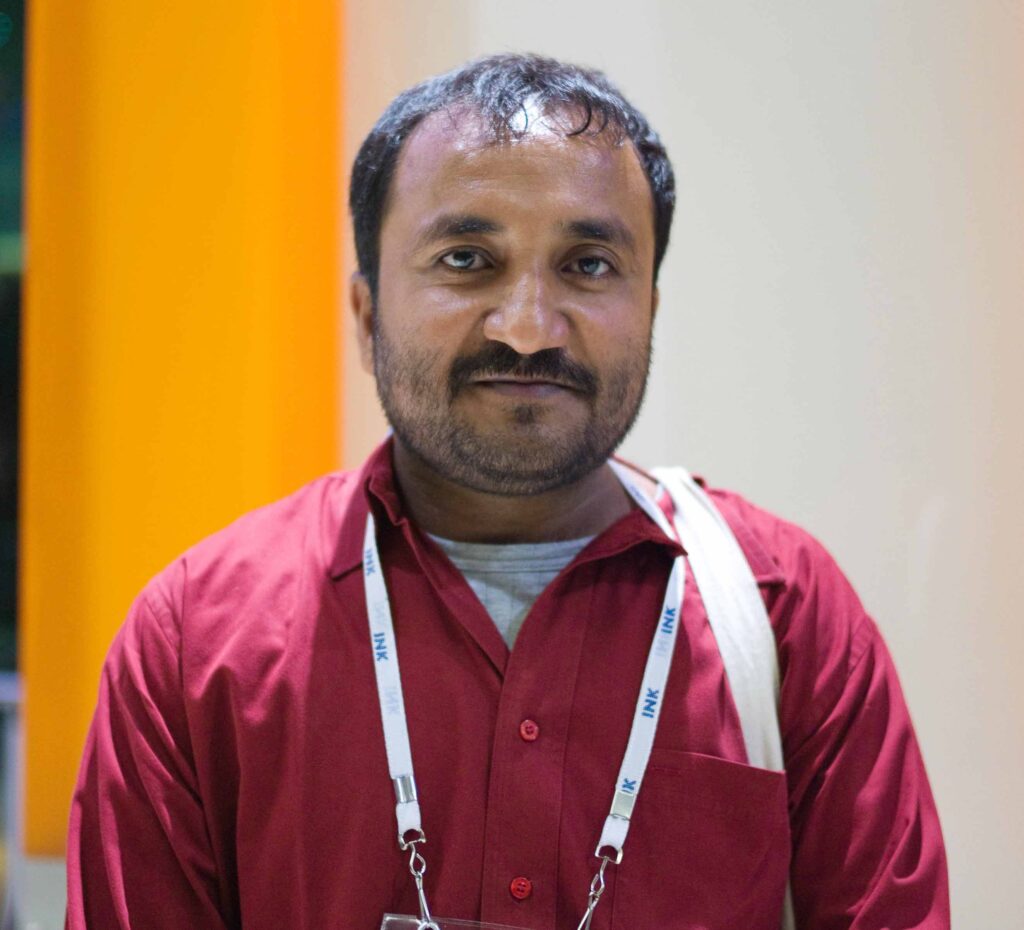 Honours: Named in Time magazine’s list of Best of Asia 2010

Anand Kumar (born 1 January 1973) is an Indian Mathematics educator best known for his Super 30 programme, which he started in Patna, Bihar in 2002, and which coaches underprivileged students for IIT-JEE, the entrance examination for the Indian Institutes of Technology (IITs). By 2018, 422 out of 481 students had made it to the IITs and Discovery Channel showcased his work in a documentary. Kumar has spoken at MIT and Harvard about his programs for students from the underprivileged sections of Indian society. Kumar and his school have been the subject of several smear campaigns, some of which have been carried in Indian media sources. His life and work are portrayed in the 2019 film, Super 30, where Kumar is played by Hrithik Roshan.

Kumar was born in Patna, Bihar, India. His father was a clerk in the postal department of India. His father could not afford private schooling for his children, and Anand attended a Hindi medium government school, where he developed his deep interest in mathematics. In childhood, he studied in Patna High School, Patna, Bihar. During graduation, Kumar submitted papers on number theory, which were published in Mathematical Spectrum. He also sent a letter to the editor of The Mathematical Gazette during his graduation days.

Kumar secured admission to University of Cambridge, but could not attend because of his father’s death and his financial condition, even after seeking sponsors in 1994–1995, both in Patna and Delhi.

Kumar would work on mathematics during day time and sell papads in evenings with his mother, who had started a business from home, to support her family. Kumar tutored students to earn extra funds. Since Patna University library did not have foreign journals, Kumar would travel every weekend on a six-hour train journey to Varanasi, where his younger brother, learning violin under N. Rajam, had a hostel room, so that he could work there.

Further information: Super 30
In 1992, Kumar began teaching mathematics. He rented a classroom for Rs. 500 a month, and began his own institute, the Ramanujan School of Mathematics (RSM). Within the span of year, his class grew from two students to thirty-six, and after three years almost 500 students had enrolled. Then in early 2000, when a poor student came to him seeking coaching for IIT-JEE, who could not afford the annual admission fee due to poverty, Kumar was motivated to start the Super 30 programme in 2002, for which he is now well-known.

Since 2002, every May, the Ramanujan School of Mathematics holds a competitive test to select 30 students for the Super 30 program. Many students appear at the test, and eventually, he takes thirty intelligent students from economically backward sections, tutors them, and provides study materials and lodging for a year. He prepares them for the Joint Entrance Examination for the Indian Institutes of Technology (IIT). His mother, Jayanti Devi, cooks for the students, and his brother Pranav Kumar takes care of the management.

During 2003 to 2017, 391 students out of 450 passed the IITs. In 2010, all the students of Super 30 cleared IIT JEE entrance making it a three in a row for the institution.[20] Kumar has no financial support for Super 30 from any government as well as private agencies, and manages on the tuition fee he earns from the Ramanujan Institute.[16] After the success of Super 30 and its growing popularity, he received offers from the private sector – both national and international companies – as well as the government for financial help, but he has refused it; Kumar wanted to sustain Super 30 through his own efforts.

In March 2009, Discovery Channel broadcast a one-hour-long programme on Super 30, and half a page was devoted to Kumar in The New York Times. Actress and former Miss Japan Norika Fujiwara visited Patna to make a documentary on Kumar’s initiatives. Kumar has been featured in programmes by the BBC. He has spoken about his experiences at various global-level institutes including Indian Institute of Management Ahmedabad, a number of IITs, University of British Columbia, Tokyo University and Stanford University. He was also inducted in the Limca Book of Records (2009) for his contribution in helping poor students pass the IIT-JEE by providing them free coaching. Time magazine included Super 30 in the list of Best of Asia 2010. Kumar was awarded the S. Ramanujan Award for 2010 by the Institute for Research and Documentation in Social Sciences (IRDS) in July 2010.

Super 30 received praise from United States President Barack Obama’s special envoy, Rashad Hussain, who termed it the “best” institute in the country. Newsweek Magazine has taken note of the initiative of mathematician Anand Kumar’s Super 30 and included his school in the list of four most innovative schools in the world. Kumar was given the top award of Bihar government, “Maulana Abdul Kalam Azad Shiksha Puraskar”, in November 2010. He was awarded the Prof. Yashwantrao Kelkar Yuva Puraskar award in 2010 by Akhil Bharatiya Vidyarthi Parishad (ABVP) in Bangalore.

In April 2011, Kumar was selected by Europe’s magazine Focus as “one of the global personalities who have the ability to shape exceptionally talented people.” Kumar also helped Amitabh Bachchan in preparing for his role in the film Aarakshan. Many people from Bollywood including renowned directors and producers are interested in making a movie on the life of Anand Kumar. He was named by UK based magazine Monocle among the list of 20 pioneering teachers of the world. He was also honoured by government of British Columbia, Canada. Kumar was given the Baroda Sun Life Achievement Award by Bank of Baroda in Mumbai. Kumar was conferred with the prestigious Ramanujan Mathematics Award at the Eighth National Mathematics Convention at function in Rajkot. He was conferred with an Honorary Doctorate of Science (DSc) by Karpagam University, Coimbatore. He was also awarded Maharishi Ved Vyas by Madhya Pradesh Government for extraordinary contribution in education Anand Kumar was honored by ministry of education of Saxony of Germany.

On 8 November 2018, Anand Kumar was honoured with the Global Education Award 2018 by Malabar Gold & Diamonds in Dubai. His efforts in the field of education are considered “pioneering”. Anand Kumar has been felicitated in the US with “Education Excellence Award 2019 ” by the Foundation For Excellence in Education (FFE) at a function in San Jose, California.