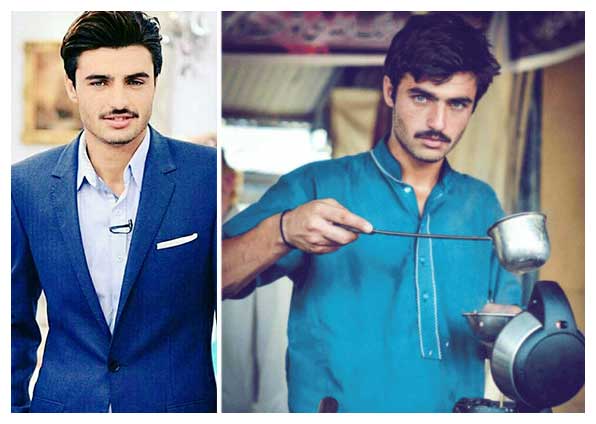 Arshad Chaiwala, who became famous overnight after a photo went viral in October 2016, is now going to open an outlet in London after a cafe in Pakistan.

Arshad, who has successfully run his Roof Top Cafe in Boulevard, Islamabad, has shared on his official Facebook page that Cafe Chaiwala is also opening its outlet in London this year.

In the caption of the post, Arshad shared the famous quote of American author Napoleon Hill,

“Power and moving forward is possible only with continuous effort.”

According to reports, Arshad Khan has signed an agreement with two investors for a franchise in the UK, under which they will make Chaiwala an international brand. 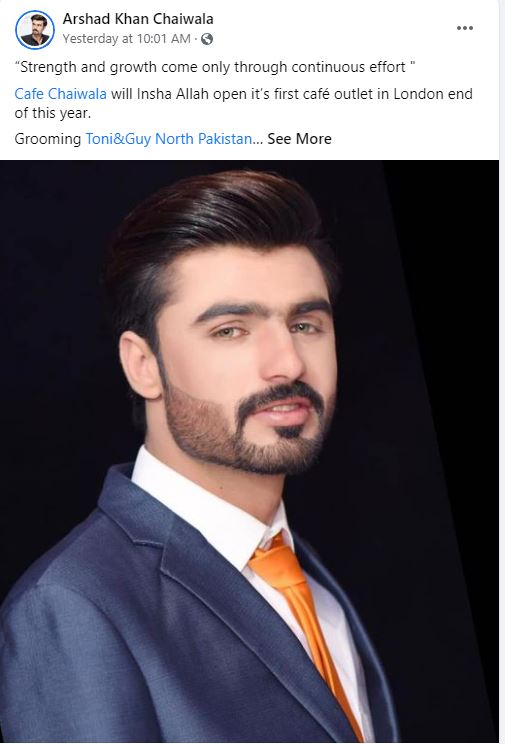 Cafe Chaiwala in Pakistan was started by Arshad in October 2020. The theme of this roof top cafe is based on truck art in a modern style while Pakistani culture is highlighted with the use of vibrant colors and live folk music and poetry are also arranged for the visitors of this cafe.

In September 2019, Arshad Khan, a participant in Samaa TV’s program Niadan, had stated his future intentions. He said that he intends to open tea cafes in different cities at a good level. This dhaba was not my own, nor was the previous one my own.

Arshad’s photo from Kohat was shared by Islamabad-based photographer Jawariya Ali, which went viral on social media overnight and changed the young man’s fortunes. Arshad Khan was 18 years old at the time and had been making tea in Islamabad’s Sunday Bazaar for three months.