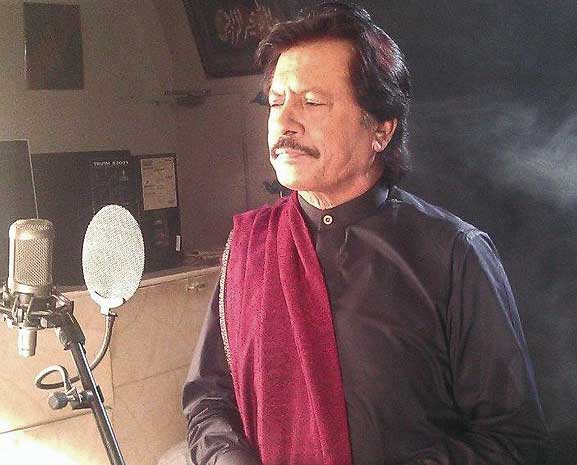 The Government of Pakistan awarded him the Sitara-e-Imtiaz on 23 March 2019 and he also got the Pride of Performance Award in 1991.

Esakhelvi was born in Esa Kheil, Mianwali, Punjab Province, Pakistan as Attaullah Khan Niazi. Niazi is a populous Pashtun tribe based in extreme north-west Punjab province of Pakistan and eastern regions of Afghanistan. Attaullah developed an interest in music as a child, but music was strictly forbidden in his home. Despite the restriction on music in his home, Attaullah secretly sought to learn more about music. His school teacher taught him Mohammed Rafi and Mukesh songs and told him never to stop singing. Attaullah tried to explain his passion for music to his parents and convince them to let him sing, but they forbade him to continue singing. Disillusioned, Attaullah left home when he was 18 years old. He traveled extensively within Pakistan and supported himself by working from Mianwali. He is most popular in rural areas of Pakistan and some other countries in world.

Esakhelvi continued his training after leaving his parents’ home and often recorded himself on cassette tapes that he later distributed.

In 1972, Esakhelvi was invited to perform on Radio Pakistan, Bahawalpur. That same year, he performed in a concert in Mianwali. Esakhelvi performed on the television show Neelam Ghar in 1973.

He was invited by a company in Faisalabad to record folk songs in their studio, and recorded four albums in one recording session. The albums were released at the end of 1977 and became national bestsellers.

In 1980, Esakhelvi performed in the United Kingdom for the first time. It was also his first concert abroad. His albums were eventually released in UK under various labels, including Hi-tech, OSA and Moviebox.

Attaullah Khan visited India during 2014. The Times of India wrote: “A Sufi concert, Ibaadat, organized in association with Navbharat Times, was recently held at Purana Quila in the capital. Pakistani folk singer Attaullah Khan performed for the first time in Delhi at this event. Khan sang his Achha Sila Diya Tune Mere Pyaar Ka, and other Pakistani Sufi hits for the audience. The concert was organized by the AAS group, an NGO which works to spread awareness about cervical cancer among women and ways to prevent it, and this concert was organized to spread that message.”

Attaullah Khan is from district Mianwali and his hometown is Esakhel. He received his early education from Esakhel. He is traditionally considered as a Saraiki artist.

Attaullah relocated to Lahore after becoming a professional musician performing in Saraiki, Urdu and English. He has been married four times and has four children. His daughter Laraib Atta is a professional VFX artist who has worked for several Hollywood films. His son Sanwal Esakhelvi is also pursuing a career in music, while yet another son, Bilawal, is an actor and director based in London, apart from also being a musician.

Attaullah has his own band which travels with him. Members of the band include: