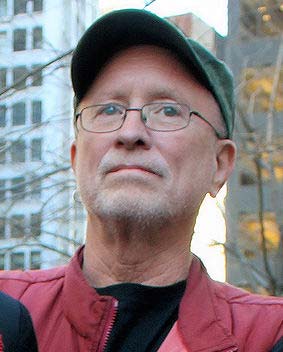 William Charles Ayers (/ɛərz/; born December 26, 1944) is an American elementary education theorist. During the 1960s, Ayers was a leader of the Weather Underground that opposed US involvement in the Vietnam War. He is known for his 1960s radical activism and his later work in education reform, curriculum and instruction.

In 1969, Ayers co-founded the Weather Underground, a self-described communist revolutionary group that sought to overthrow imperialism. The Weather Underground conducted a campaign of bombing public buildings (including police stations, the United States Capitol, and the Pentagon) during the 1960s and 1970s in response to U.S. involvement in the Vietnam War.

Ayers is a retired professor in the College of Education at the University of Illinois at Chicago, formerly holding the titles of Distinguished Professor of Education and Senior University Scholar. During the 2008 U.S. presidential campaign, a controversy arose over his contacts with then-candidate Barack Obama. He is married to lawyer and Clinical Law Professor Bernardine Dohrn, who was also a leader in the Weather Underground.

Ayers grew up in Glen Ellyn, a suburb of Chicago, Illinois. His parents are Mary (née Andrew) and Thomas G. Ayers, who was later chairman and chief executive officer of Commonwealth Edison (1973 to 1980), and for whom Northwestern’s Thomas G. Ayers College of Commerce and Industry was named. He attended public schools until his second year in high school, when he transferred to Lake Forest Academy, a small prep school. Ayers earned a Bachelor of Arts in American Studies from the University of Michigan in 1968. (His father, mother and older brother had preceded him there.)

Ayers was affected at a 1965 Ann Arbor teach-in against the Vietnam war, when Students for a Democratic Society (SDS) President Paul Potter, asked his audience, “How will you live your life so that it doesn’t make a mockery of your values?” Ayers later wrote in his memoir, Fugitive Days, that his reaction was: “You could not be a moral person with the means to act, and stand still. […] To stand still was to choose indifference. Indifference was the opposite of moral”.

In 1965, Ayers joined a picket line protesting an Ann Arbor, Michigan pizzeria for refusing to seat African Americans. His first arrest came for a sit-in at a local draft board, resulting in 10 days in jail. His first teaching job came shortly afterward at the Children’s Community School, a preschool with a very small enrollment operating in a church basement, founded by a group of students in emulation of the Summerhill method of education.

The school was a part of the nationwide “free school movement”. Schools in the movement had no grades or report cards; they aimed to encourage cooperation rather than competition, and pupils addressed teachers by their first names. Within a few months, at age 21, Ayers became director of the school. There also he met Diana Oughton, who would become his girlfriend until her death in 1970 after a bomb exploded while being prepared for Weather Underground activities.