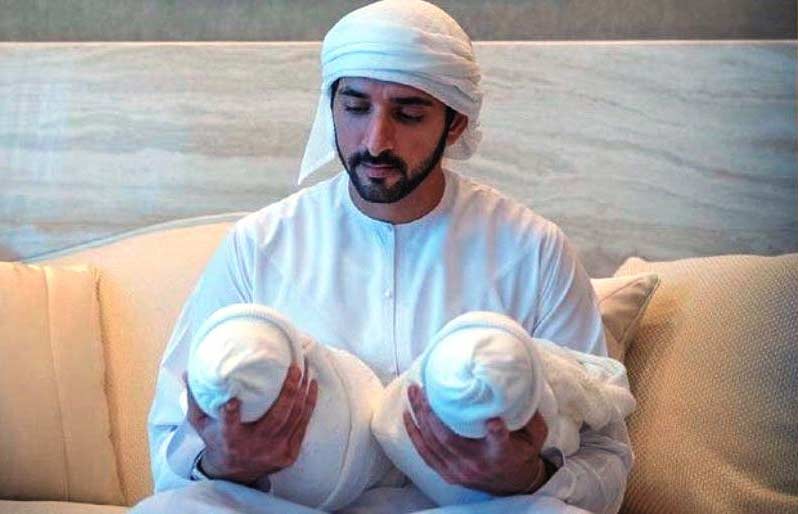 Sheikh Hamdan had earlier announced the arrival of the little guests through his Instagram story by sharing a photo of blue and pink legs, while the photo has also been shared on the micro-blogging site.

In the picture released on the micro-blogging site, it can be seen that the Crown Prince is looking at the newborn with loving hands. With the shared photo, he wrote that all praise is due to Allah.

Sheikh Hamdan’s twin children were first reported by his sisters Sheikha Latifa and Sheikha Maryam through Instagram Stories. It should be noted that in May 2019, the three sons of Sheikh Muhammad bin Rashid Al Maktoum were married together