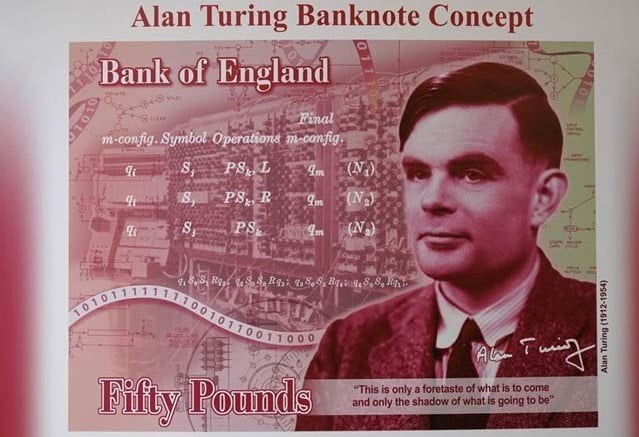 LONDON: The United Kingdom has decided to issue a 50 50 commemorative note in memory of L. Turing, a leading twentieth-century mathematician, computer scientist, philosopher, and cryptologist, on June 23, Turing’s birthday.

Alan Turing’s work is very basic. He designed the famous Turing test for artificial intelligence. In World War II, he developed the Enigma Machine, which revealed the secret of the German Navy’s secret messaging and saved many lives.

The same genius also did the basic work of making the first computer at the University of Manchester. Born in 1912, Alan Matheson Turing worked on the basis of computing numbers at just 24 years of age and made significant contributions to the country. The note also features research papers written in 1936 with a picture of Turing and a model of an automatic computing engine.

Turing’s signature is also recorded on this plastic note. However, it is said that some pictures, shapes, and numbers are also presented on this note in the form of puzzles.