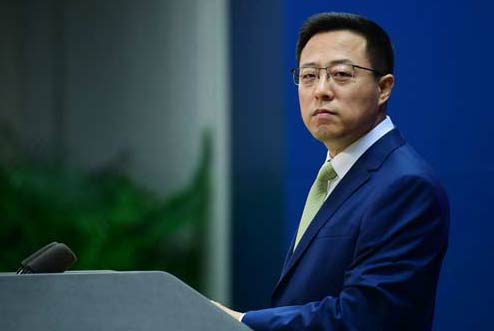 BEIJING: China has blamed the United States for Afghanistan’s problems and said it fully supports Afghanistan becoming a free and independent country so that it can pursue its Islamic policy.

“We are committed to holding timely intra-Afghan talks,”

the Chinese Foreign Ministry said in a statement.

China says the problems in Afghanistan were created by the United States and should not leave Afghanistan alone and burden other countries.

The statement said China has no political or geographical interests in Afghanistan.

The Chinese have said that the people of Afghanistan and different nationalities have the ability to run the country.

We are pursuing a policy of non-interference in Afghanistan’s internal affairs. China supports an independent Afghanistan where Islamic policies can be implemented.

The United States, the initiator of the Afghan issue, is not supposed to leave it alone to create more problems for the Afghan government and leave the burden on other countries.

China supports Afghanistan to become an independent and neutral country, to pursue a sound Muslim policy, resolutely strike down on all forms of terrorism, and commit to friendly relations with all neighboring countries.