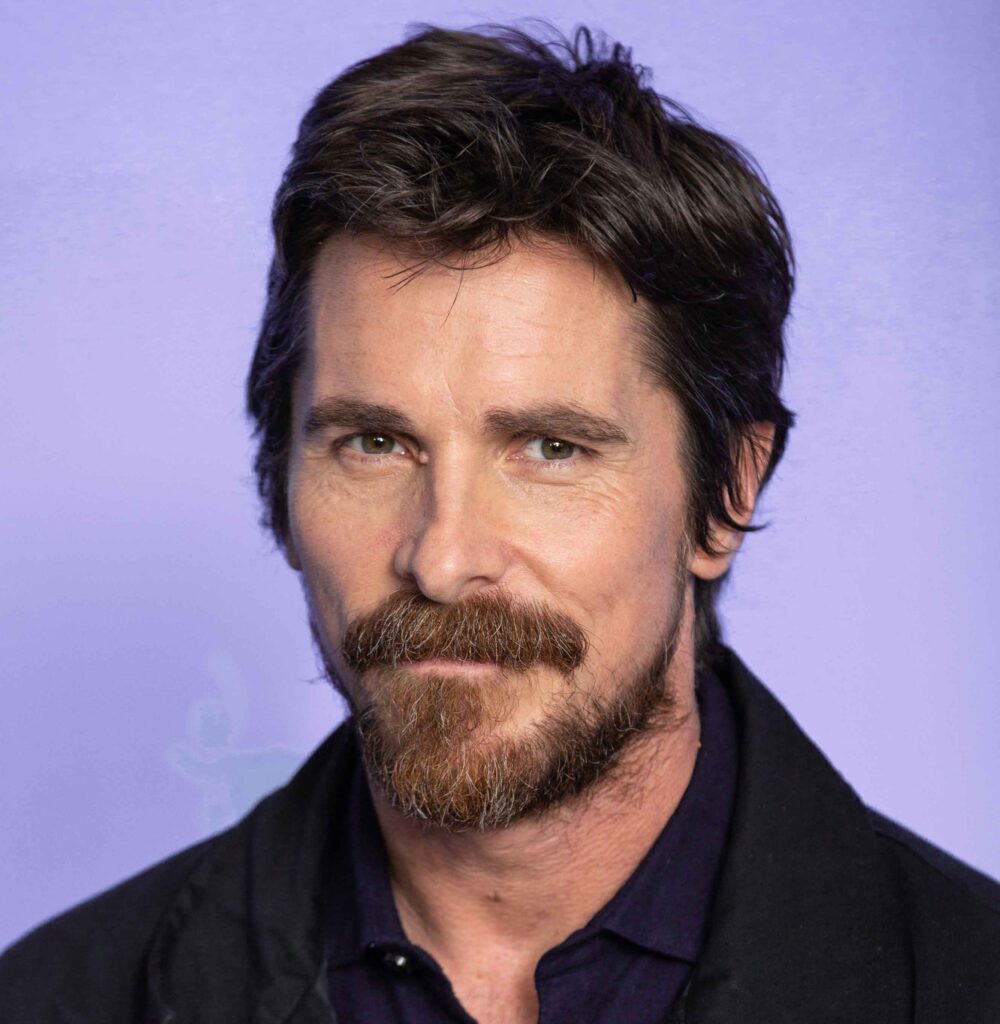 Christian Charles Philip Bale (born 30 January 1974) is an English actor who is known for his intense method acting style, often transforming his body drastically for his roles. Bale is the recipient of many awards, including an Academy Award and two Golden Globes, and was featured in the Time 100 list of 2011.

Born in Haverfordwest, Wales, to English parents, Bale had his first starring role at age 13 in Steven Spielberg’s war film Empire of the Sun (1987). Following a decade of leading and supporting roles, including in Little Women (1994) and Pocahontas (1995), he gained wider recognition for portraying the serial killer Patrick Bateman in American Psycho (2000). In 2004, he lost 4 stone 7 pounds (29 kg; 63 lb) for his role in the psychological thriller The Machinist (2004). Within six months, he gained 7 stone 2 pounds (45 kg; 100 lb) to star as Batman in Christopher Nolan’s superhero film Batman Begins (2005). He later reprised his role in the sequels The Dark Knight (2008) and The Dark Knight Rises (2012).

Bale continued to take on starring roles, including in Nolan’s period drama The Prestige (2006), the western 3:10 to Yuma (2007), the science fiction film Terminator Salvation (2009), and the crime drama Public Enemies (2009). He won the Golden Globe and Academy Award for Best Supporting Actor for his portrayal of Dicky Eklund in the David O. Russell-directed biographical film The Fighter (2010). This acclaim continued with his Oscar-nominated roles in Russell’s black comedy American Hustle (2013) and in Adam McKay’s satires The Big Short (2015) and Vice (2018). For portraying Dick Cheney in the latter, he won a Golden Globe Award for Best Actor. In 2019, he starred as race car driver Ken Miles in James Mangold’s Ford v Ferrari.

Bale’s personal life and personality have been the subject of much public attention, despite his desire to keep a low profile. He is a supporter of Sea Shepherd Conservation Society, Greenpeace, and the World Wildlife Fund, and obtained American citizenship in 2014. Bale has been married to Sandra Blažić since 2000; they have two children.

Bale was born in Haverfordwest, Pembrokeshire, the son of Jenny (née James), a circus performer, and David Bale, an entrepreneur, commercial pilot and talent manager. Bale has three sisters.[citation needed] His mother is English and his father was born in South Africa, to English parents. Bale has remarked, “I was born in Wales but I’m not Welsh – I’m English”. He spent his childhood in Wales, Surrey and Dorset in England, and Portugal. Bale acknowledged that the frequent relocation had a major influence on his career choice.[8] He attended Bournemouth School, but left at age 16.

Bale studied the work of actor Gary Oldman, citing him as “the reason I’m acting”. His first role was a commercial for the fabric softener Lenor in 1982. A year later, he appeared in a Pac-Man cereal commercial, playing a child rock star. In 1984, he made his stage debut in The Nerd on London’s West End with Rowan Atkinson.

Bale’s parents divorced in 1991. His mother and sister Sharon stayed in Bournemouth, and Bale moved with his father to Los Angeles, California at age seventeen.