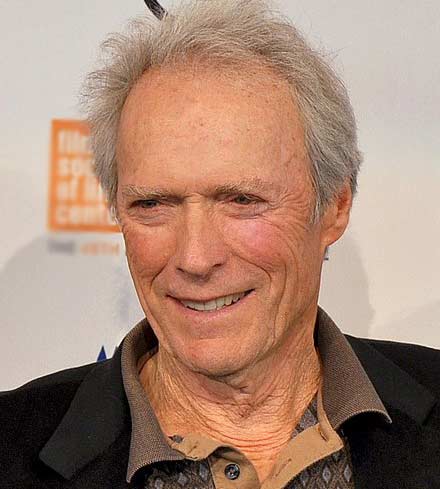 Clinton Eastwood Jr. (born May 31, 1930) is an American actor, film director, producer, and composer. After achieving success in the Western TV series Rawhide, he rose to international fame with his role as the Man with No Name in Italian filmmaker Sergio Leone’s Dollars Trilogy of spaghetti Westerns during the 1960s and as antihero cop Harry Callahan in the five Dirty Harry films throughout the 1970s and 1980s. These roles, among others, have made Eastwood an enduring cultural icon of masculinity.

For his work in the Western film Unforgiven (1992) and the sports drama Million Dollar Baby (2004), Eastwood won Academy Awards for Best Director and Best Picture, as well as receiving nominations for Best Actor. Eastwood’s greatest commercial successes have been the adventure comedy Every Which Way But Loose (1978) and its sequel, the action comedy Any Which Way You Can (1980), after adjustment for inflation. Other popular films include the Westerns Hang ‘Em High (1968), The Outlaw Josey Wales (1976), and Pale Rider (1985), the war films Where Eagles Dare (1968), Kelly’s Heroes (1970), and Heartbreak Ridge (1986), the action films Firefox (1982) and In the Line of Fire (1993), and the thrillers Play Misty for Me (1971) and Tightrope (1984). Eastwood also starred in the crime comedy film Thunderbolt and Lightfoot (1974), the prison film Escape from Alcatraz (1979), as well as the drama films The Bridges of Madison County (1995), Gran Torino (2008) and The Mule (2018).

In addition to directing many of his own star vehicles, Eastwood has also directed films in which he did not appear, such as the mystery drama Mystic River (2003) and the war film Letters from Iwo Jima (2006), for which he received Academy Award nominations, the drama Changeling (2008), and the biographical sports drama Invictus (2009). The war drama biopic American Sniper (2014) set box-office records for the largest January release ever and was also the largest opening ever for an Eastwood film.

Eastwood received considerable critical praise in France for several films, and was awarded two of France’s highest civilian honors: in 1994, he became a recipient of the Commander of the Ordre des Arts et des Lettres, and in 2007, was awarded the Legion of Honour medal. In 2000, Eastwood was awarded the Italian Venice Film Festival Golden Lion for lifetime achievement. Since 1967, Eastwood’s Malpaso Productions has produced all but four of his American films. Elected in 1986, Eastwood served for two years as mayor of Carmel-by-the-Sea, California, a non-partisan office.

Eastwood was born on May 31, 1930 at Saint Francis Memorial Hospital in San Francisco, California to Ruth (née Runner; 1909–2006) and Clinton Eastwood (1906–1970). During her son’s fame, Ruth was known by the surname of her second husband, John Belden Wood (1913–2004), whom she married after the death of Clinton Sr. Eastwood was nicknamed “Samson” by the hospital nurses because he weighed 11 pounds 6 ounces (5.2 kg) at birth. He has a younger sister, Jeanne Bernhardt (b. 1934). He is of English, Irish, Scottish, and Dutch ancestry. He is descended from Mayflower passenger William Bradford, and through this line is the 12th generation born in North America. His family relocated three times during the 1930s as his father changed occupations, residing in Sacramento in 1935, according to census records. Contrary to what Eastwood has indicated in media interviews, they did not move between 1940 and 1949. Settling in Piedmont, California, the Eastwoods lived in an affluent area of the town, had a swimming pool, belonged to a country club, and each parent drove their own car. Eastwood’s father was a manufacturing executive at Georgia-Pacific for most of his working life. As Clint and Jeanne grew older, Ruth took a clerical job at IBM.

Eastwood attended Piedmont Middle School, where he was held back due to poor academic scores, and records indicated he also had to attend summer school. From January 1945 until at least January 1946, he attended Piedmont High School, but was asked to leave for writing an obscene suggestion to a school official on the athletic field scoreboard and for burning an effigy on the school lawn, on top of other school infractions. He transferred to Oakland Technical High School and was scheduled to graduate mid-year in January 1949, although it is not clear if he did. “Clint graduated from the airplane shop. I think that was his major,” joked classmate Don Kincade. Another high school friend, Don Loomis, echoed “I don’t think he was spending that much time at school because he was having a pretty good time elsewhere.” “I think what happened is he just went off and started having a good time. I just don’t think he finished high school,” explained Fritz Manes, a boyhood friend two years younger than Eastwood, who remained associated with him until their falling out in the mid-1980s. Biographer Patrick McGilligan notes that high school graduation records are a matter of strict legal confidentiality.

Eastwood held a number of jobs, including lifeguard, paper carrier, grocery clerk, forest firefighter, and golf caddy. Eastwood said that he tried to enroll at Seattle University in 1951, but instead was drafted into the United States Army during the Korean War. “He always dropped the Korean War reference, hoping everyone would conclude that he was in combat and might be some sort of hero. Actually, he’d been a lifeguard at Fort Ord in northern California for his entire stint in the military,” said Eastwood’s former longtime companion Sondra Locke. Don Loomis recalled hearing that Eastwood was romancing one of the daughters of a Fort Ord officer, who might have been entreated to watch out for him when names came up for postings. While returning from a prearranged tryst in Seattle, Washington, he was a passenger on a Douglas AD bomber that ran out of fuel and crashed into the ocean near Point Reyes. Using a life raft, he and the pilot swam 3.2 kilometres (2 mi) to safety.