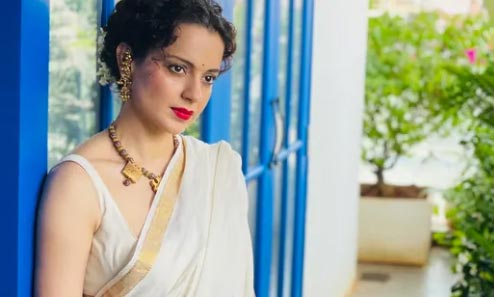 LAHORE: Leading Indian actress Kangana Ranaut has expressed sympathy from Pakistanis over the deteriorating situation of coronavirus in her country.

According to the details, the situation has deteriorated due to India’s Corona and good wishes for India are being expressed from all over the world, including Pakistan.

The number of Corona patients in India has crossed 16.8 million while about 128,000 people have died.

Yesterday, Faisal Edhi, head of the Edhi Foundation, had offered to send 50 ambulances and volunteers to India.

“We pray for the speedy recovery of those affected by the epidemic around the world, including our neighbors,”

We must fight this scourge of humanity together. The hashtag #PakistanStandWithIndia is one of the top trends in Pakistan and people from all over the world, including Pakistan and India, are praying for the early eradication of Corona.

Indian actress Kangana Ranaut did not remain silent on this whole situation and she has released a message on social media.

Kangana Ranaut wrote on Twitter with more than 52000 tweets on the top trend that it was great to see #PakistanStandWithIndia on top by Pakistanis.