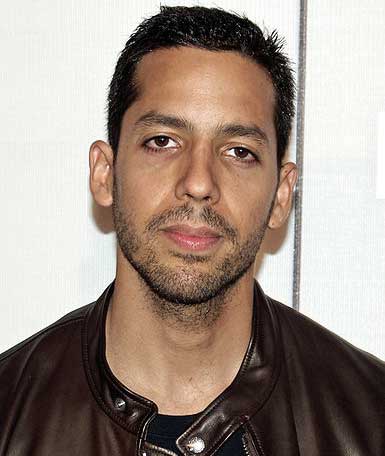 David Blaine White (born April 4, 1973) is an American illusionist, endurance artist, and extreme performer. He is best known for his high-profile feats of endurance and has set and broken several world records.

Blaine innovated the way magic is shown on television by focusing on spectator reactions. His idea was to turn the camera around on the people watching instead of the performer, to make the audience watch the audience. The New York Times noted that “he’s taken a craft that’s been around for hundreds of years and done something unique and fresh with it.” According to the New York Daily News, “Blaine can lay claim to his own brand of wizardry. The magic he offers operates on an uncommonly personal level.” Penn Jillette called Blaine’s first television special, Street Magic, “the biggest breakthrough (in television magic) done in our lifetime” for changing the perspective of television viewers toward those seeing the trick live.

Along with his television specials, Blaine has also made special guest appearance in several talk shows including The Tonight Show Starring Jimmy Fallon.

Blaine was born and raised in Brooklyn, New York, the son of Patrice Maureen White (1946–1995), a school teacher, and William Perez, a veteran of the Vietnam War. His father was of half Puerto Rican and half Italian descent, and his mother was of Russian Jewish ancestry. When Blaine was four years old, he saw a magician performing magic on the subway. This sparked a lifelong interest for him. He was raised by his single mother and attended many schools in Brooklyn. When he was 10 years old, his mother married John Bukalo and they moved to Little Falls, New Jersey, where he attended Passaic Valley Regional High School. When Blaine was 17 years old, he moved to Manhattan, New York.

Blaine has one half-brother, Michael Bukalo. Blaine and Alizée Guinochet have one daughter, Dessa, who was born on January 27, 2011. At the time that Guinochet went into labor, there was a blizzard where they lived in New York. No cars were on the road, so Blaine had to hail a snowplow, which transported the couple to the hospital.

Sexual assault allegations
In October 2017, following a report published in The Daily Beast in the wake of the Me Too movement, British news outlets reported that London’s Metropolitan Police had asked Blaine to travel to the UK for interview under caution regarding allegations by former model Natasha Prince that Blaine had raped her at a house in Chelsea, West London, in 2004. Speaking through his lawyer, Blaine “vehemently denies” the allegations and confirmed that he would “fully co-operate” with a police inquiry. Detectives later declined to take further action after investigating her claim.

In April 2019, Blaine was investigated by the New York City Police Department over allegations he sexually assaulted at least two women. One of the alleged victims claimed she was attacked by Blaine inside his Manhattan apartment in 1998.