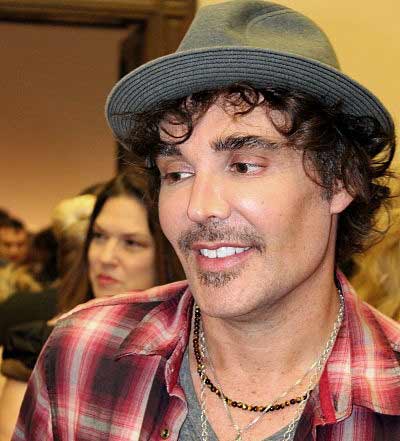 He is best known for his photography, which often references art history and sometimes conveys social messages. His photographic style has been described as “hyper-real and slyly subversive” and as “kitsch pop surrealism”. Once called the Fellini of photography, LaChapelle has worked for international publications and has had his work exhibited in commercial galleries and institutions around the world.

David LaChapelle was born in Hartford, Connecticut to Philip and Helga LaChapelle; he has a sister Sonja and a brother Philip. His family lived in Hartford until he was nine years old. He has said to have loved the public schools in Connecticut and thrived in their art program as a child and teenager, although he struggled with bullying growing up. Then he moved to Raleigh, North Carolina with his family, where they lived until he was fourteen, before moving back to Fairfield, Connecticut. He was bullied in his North Carolina school for being gay. When he was 15 years old, he ran away from home to become a busboy at Studio 54 in New York City. Eventually he returned to North Carolina to enroll in the North Carolina School of Arts.

His first photograph was of his mother Helga on a family vacation in Puerto Rico. LaChapelle credits his mother for influencing his art direction in the way she set up scenes for family photos in his youth.

LaChapelle is bi-polar, but as he considers drugs to not work for him, he is careful to monitor his mental health. In the mid-1980s, LaChapelle lost his then boyfriend to AIDS. He fled to London, where that city’s counterculture proved enormously influential in forming his aesthetic. “I thought I’d seen it all. When I went to London, the level of creativity and insanity … they were on a whole other planet.” He was particularly struck by that culture’s insistence on originality, rather than copying. For him, Los Angeles had been “the literal opposite”. While living in London, he married the female publicist of the UK popstar Marilyn and the marriage lasted a year.

In 2006, LaChapelle abruptly quit Los Angeles. He moved to a “…very isolated part of Hawaii in this forest. It’s off the grid, bio-diesel cars, solar-powered, growing our own food, completely sustainable. I thought ‘OK, I’m a farmer now.'” LaChapelle’s change in path eventually brought him back to his roots. While in Hawaii, a longstanding colleague invited him to shoot for a gallery, which he hadn’t done since his days as a fledgling photographer in New York. “I was really shocked”, LaChapelle recalled. “I’m so known as a commercial artist, a big name as a fashion and celebrity photographer, I didn’t think a gallery will take me seriously. It’s like being reborn; it’s like rebirth; it’s like starting over. It’s back to where I started, where I very first started in galleries when I was a kid. It’s just come full circle.”