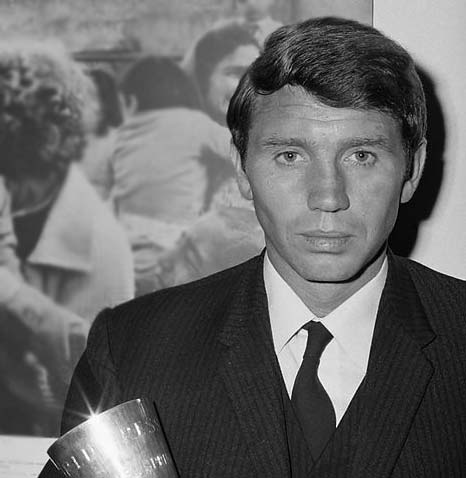 Sir Donald McCullin CBE (born 9 October 1935) is a British photojournalist, particularly recognised for his war photography and images of urban strife. His career, which began in 1959, has specialised in examining the underside of society, and his photographs have depicted the unemployed, downtrodden and the impoverished.

McCullin was born in St Pancras and grew up in Finsbury Park, but he was evacuated to a farm in Somerset during the Blitz. He is slightly dyslexic but displayed a talent for drawing at the Secondary Modern School he attended. He won a scholarship to Hammersmith School of Arts and Crafts but, following the death of his father, he left school at the age of 15, without qualifications, for a catering job on the railways. He was then called up for National Service with the Royal Air Force (RAF) in 1953.

During his National Service, McCullin was posted to the Suez Canal during the 1956 Suez Crisis, where he served as a photographer’s assistant. He failed the written theory paper to become a photographer in the RAF and spent his service in the darkroom. During this period McCullin bought his first camera, a Rolleicord for £30 when stationed in Nairobi. On return to Britain, shortage of funds led to his pawning the camera and his mother used her money to redeem the pledge.

In 1958 he took a photograph of a local London gang posing in a bombed out building. He was persuaded by his colleagues to take his photograph of The Guvnors, as the gang was known, to The Observer, who published it, setting him on his path as a photographer. Between 1966 and 1984, he worked as an overseas correspondent for the Sunday Times Magazine, recording ecological and man-made catastrophes such as wars, amongst them Biafra in 1968, and victims of the African AIDS epidemic. His hard-hitting coverage of the Vietnam War and the Northern Ireland conflict is particularly highly regarded.

He also took the photographs of Maryon Park in London which were used in Michelangelo Antonioni’s film Blowup, In 1968, his Nikon camera stopped a bullet intended for him. Also in 1968, on 28 July, he was invited to photograph the Beatles, then at the height of their fame and in the midst of recording The White Album. These sessions, made at several London locations, have become known as The Mad Day Out. They contain many well known images of the band, including the gatefold sleeve picture from the Red and Blue compilations, where the Beatles mingled with the crowd seen through railings. The photographs from this day were published in the 2010 book A Day in the Life of the Beatles.

In 1982 the British Government refused to grant McCullin a press pass to cover the Falklands War, claiming the boat was full. At the time he believed it was because the Thatcher government felt his images might be too disturbing politically.

He is the author of a number of books, including The Palestinians (with Jonathan Dimbleby, 1980), Beirut: A City in Crisis (1983) and Don McCullin in Africa (2005). His book, Shaped by War (2010) was published to accompany a retrospective exhibition at the Imperial War Museum North, Salford, England in 2010 and then at the Victoria Art Gallery, Bath and the Imperial War Museum, London. His most recent publication is Southern Frontiers: A Journey Across the Roman Empire, a poetic and contemplative study of selected Roman and pre-Roman ruins in North Africa and the Middle East.

In 2012, a documentary film of his life titled McCullin and directed by David Morris and Jacqui Morris was released. The film was nominated for two BAFTA awards. In later years, McCullin has turned to landscape, still-life works and commissioned portraits. In November 2015 McCullin was named the Photo London Master of Photography for 2016, at the launch of Photo London, an art fair due to open at Somerset House in May 2016. A special exhibition dedicated to his work is to be commissioned. When asked about the rise of digital photography, he said: “Digital photography can be a totally lying experience – you can move what you want, the whole thing can’t be trusted really”.

Filmed in February 2018 and broadcast the following May, the BBC Four documentary The Road To Palmyra[19] saw McCullin visit Syria with historian Dan Cruickshank to see the devastation left by the conflict on the UNESCO listed site of Palmyra. Discussing his trip with the Radio Times he spoke of his approach to entering war zones: “I have risked my life endless times, and ended up in hospital with all kinds of burns and shell wounds. I have those reptile eyes that see behind and in front of me. I’m constantly trying to stay alive. I’m aware of warfare, of hidden mines.”

Despite his reputation as a war photographer, McCullin has said that Alfred Stieglitz was a key influence on his work.