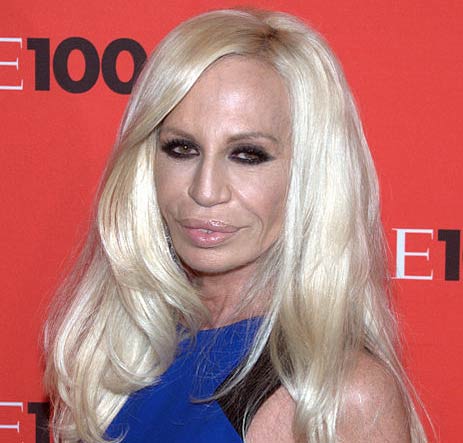 Donatella Francesca Versace (born 2 May 1955) is an Italian fashion designer and businesswoman. She is the current chief creative officer of Versace, a division of Capri Holdings. Versace was founded by her brother, Gianni Versace, and upon his death in 1997, Donatella inherited the company and became its chief executive officer. Donatella sold Versace to Michael Kors in 2018 because she wasn’t spending enough time with her family. She is still the artistic director of the company although it is now part of Capri Holdings which is three companies together, run by Michael Kors.

Donatella Versace was born in Reggio di Calabria, Southern Italy, the youngest of four children. Her father, Antonio, was a salesman and her mother, Francesca, was a dressmaker. Her older sister, Tina, died at the age of 12 from an improperly treated tetanus infection. Her brother, Santo Versace, inherited 30% of Versace upon Gianni’s death and her daughter, Allegra Versace, inherited 50%.

In the mid-1970s, Donatella followed her older brother, Gianni Versace, to pursue knitwear design in Florence, Italy. She had planned to work for her brother in the public relations department, but, according to her, was more valuable to him as a “muse and critic”. Through her closeness to her brother’s enterprises, she entered the fashion world. In the 1980s, Gianni launched a perfume dedicated to her, Blonde, and gave her her own label, Versus, which Gianni formerly ran for her until his death.

On 18 July 1998, one year and three days after Gianni’s death, Donatella Versace mounted her first Haute couture show for the Versace Atelier at the Hôtel Ritz Paris. She built her runway over the hotel’s swimming pool, as her brother had done every season, though this time using sheer glass. She now oversees the production of a dozen collections each year.

Her popularity grew when she designed the Green Versace dress of Jennifer Lopez, also known as the “Jungle-Dress”, which was worn by Jennifer Lopez at the 42nd Grammy Awards in 2000.

From October 2002 to January 2003, Gianni and Donatella’s best known Versace clothing was displayed in a special exhibit of the Victoria and Albert Museum in London.