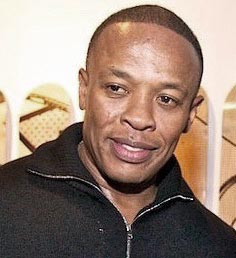 Andre Romelle Young (born February 18, 1965), known professionally as Dr. Dre, is an American rapper, record producer, audio engineer, record executive, entrepreneur, and actor. He is the founder and CEO of Aftermath Entertainment and Beats Electronics, and was previously co-owner of Death Row Records. Dr. Dre began his career as a member of the World Class Wreckin’ Cru in 1985, and later found fame with the gangsta rap group N.W.A. The group popularized explicit lyrics in hip hop to detail the violence of street life. During the early 1990s, Dre was credited as a key figure in the crafting and popularization of West Coast G-funk, a subgenre of hip hop characterized by a synthesizer foundation and slow, heavy beats.

Dre’s solo debut studio album The Chronic (1992), released under Death Row Records, made him one of the best-selling American music artists of 1993. It earned him a Grammy Award for Best Rap Solo Performance for the single “Let Me Ride”, as well as several accolades for the single “Nuthin’ but a ‘G’ Thang”. That year, he produced Death Row labelmate Snoop Doggy Dogg’s debut album Doggystyle, and mentored producers such as his step-brother Warren G (leading to the multi-platinum debut Regulate…G Funk Era in 1994) and Snoop Dogg’s cousin Daz Dillinger (leading to the double-platinum debut Dogg Food by Tha Dogg Pound in 1995). In 1996, Dr. Dre left Death Row Records to establish his own label, Aftermath Entertainment. He produced a compilation album, Dr. Dre Presents the Aftermath, in 1996, and released a solo album, 2001, in 1999.

During the 2000s, Dre focused on producing other artists, occasionally contributing vocals. He signed Eminem in 1998 and 50 Cent in 2002, and co-produced their albums. He has produced albums for and overseen the careers of many other rappers, including 2Pac, The D.O.C., Snoop Dogg, Xzibit, Knoc-turn’al, The Game, Kendrick Lamar, and Anderson Paak. Dre has also had acting roles in movies such as Set It Off, The Wash and Training Day. He has won six Grammy Awards, including Producer of the Year; Non-Classical. Rolling Stone ranked him number 56 on the list of 100 Greatest Artists of All Time. He was the second-richest figure in hip hop as of 2018 with an estimated net worth of $800 million.

Accusations of Dre’s violence against women have been widely publicised. Following his assault of television host Dee Barnes, he was fined $2,500, given two years’ probation, ordered to undergo 240 hours of community service, and given a spot on an anti-violence public service announcement on television. A civil suit was also settled out of court. In 2015, Michel’le, the mother of one of his children, accused him of subjecting her to domestic violence during their time together as a couple. Their abusive relationship is portrayed in her 2016 biopic Surviving Compton: Dre, Suge & Michel’le. Lisa Johnson, the mother of three of Dr. Dre’s children, stated that he beat her many times, including while she was pregnant. She was granted a restraining order against him. Former labelmate Tairrie B claimed that he assaulted her at a post-Grammy party in 1990, in response to her track “Ruthless Bitch.”

Dre was born Andre Romelle Young in Compton, California, on February 18, 1965, the son of Theodore and Verna Young. His middle name is derived from The Romells, his father’s amateur R&B group. His parents married in 1964, separated in 1968, and divorced in 1972. His mother later remarried to Curtis Crayon and had three children: sons Jerome and Tyree (both deceased) ,25 and daughter Shameka. In 1976, Dre began attending Vanguard Junior High School in Compton, but due to gang violence, he transferred to the safer suburban Roosevelt Junior High School. The family moved often and lived in apartments and houses in Compton, Carson, Long Beach, and the Watts and South Central neighborhoods of Los Angeles. Dre has said that he was mostly raised by his grandmother in New Wilmington Arms housing project in Compton. His mother later married Warren Griffin, which added three step-sisters and one step-brother to the family; the latter would eventually begin rapping under the name Warren G. Dre is also the cousin of producer Sir Jinx. He attended Centennial High School in Compton during his freshman year in 1979, but transferred to Fremont High School in South Central Los Angeles due to poor grades. He attempted to enroll in an apprenticeship program at Northrop Aviation Company, but poor grades at school made him ineligible. Thereafter, he focused on his social life and entertainment for the remainder of his high school years.

On December 15, 1981, when Dre was 16 years old and his then-girlfriend Cassandra Joy Greene was 15 years old, the two had a son named Curtis, who was brought up by Greene and first met Dre 20 years later. Curtis is a rapper under the name Hood Surgeon. In 1983,[failed verification] Dre and Lisa Johnson (who was 15 years old at the time) had a daughter named La Tanya Danielle Young. In 1988, Dre and Jenita Porter had a son named Andre Young Jr. In 1990, Porter sued Dre, seeking $5,000 of child support per month.

On August 23, 2008, Dre’s son Andre died at the age of 20 from an overdose of heroin and morphine[166] at his mother’s Woodland Hills home. From 1988 to 1996, Dre dated singer Michel’le, who frequently contributed vocals to Ruthless Records and Death Row Records albums. In 1990, they had a son named Marcel. In 1996, Dre married NBA player Sedale Threatt’s ex-wife Nicole. They have two children together: a son named Truice (born 1997) and a daughter named Truly (born 2001).204 Nicole Young filed for divorce in June 2020, citing irreconcileable differences.

In 2001, Dre earned a total of about US$52 million from selling part of his share of Aftermath Entertainment to Interscope Records and his production of such hit songs that year as “Family Affair” by Mary J. Blige. Rolling Stone magazine thus named him the second highest-paid artist of the year. Dr. Dre was ranked 44th in 2004 from earnings of $11.4 million, primarily from production royalties from such projects as albums from G-Unit and D12 and the single “Rich Girl” by singer Gwen Stefani and rapper Eve. Forbes estimated his net worth at US$270 million in 2012. The same publication later reported that he acquired US$110 million via his various endeavors in 2012, making him the highest–paid artist of the year. Income from the 2014 sale of Beats to Apple, contributing to what Forbes termed “the biggest single-year payday of any musician in history”, made Dr. Dre the world’s richest musical performer of 2015.

In 2014, Dre purchased a $40 million home in the Brentwood neighborhood of Los Angeles from its previous owners, NFL player Tom Brady and supermodel Gisele Bundchen.