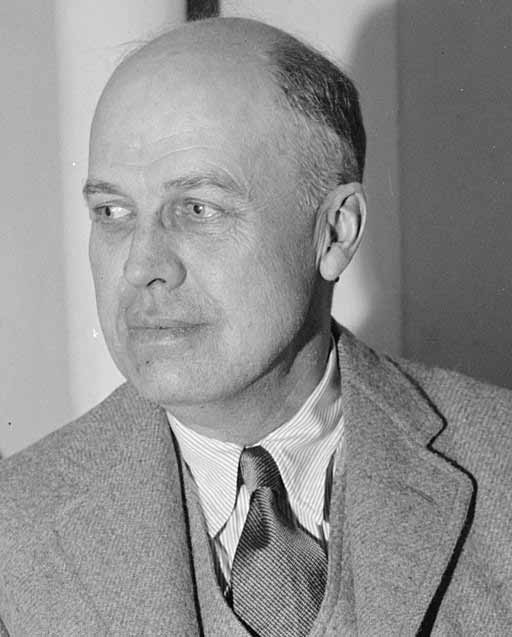 Edward Hopper (July 22, 1882 – May 15, 1967) was an American realist painter and printmaker. While he is widely known for his oil paintings, he was equally proficient as a watercolorist and printmaker in etching. Both in his urban and rural scenes, his spare and finely calculated renderings reflected his personal vision of modern American life.

Hopper was born in 1882 in Nyack, New York, a yacht-building center on the Hudson River north of New York City. He was one of two children of a comfortably well-off family. His parents, of mostly Dutch ancestry, were Elizabeth Griffiths Smith and Garret Henry Hopper, a dry-goods merchant. Although not so successful as his forebears, Garrett provided well for his two children with considerable help from his wife’s inheritance. He retired at age forty-nine. Edward and his only sister Marion attended both private and public schools. They were raised in a strict Baptist home. His father had a mild nature, and the household was dominated by women: Hopper’s mother, grandmother, sister, and maid.

His birthplace and boyhood home was listed on the National Register of Historic Places in 2000. It is now operated as the Edward Hopper House Art Center. It serves as a nonprofit community cultural center featuring exhibitions, workshops, lectures, performances, and special events.

Hopper was a good student in grade school and showed talent in drawing at age five. He readily absorbed his father’s intellectual tendencies and love of French and Russian cultures. He also demonstrated his mother’s artistic heritage. Hopper’s parents encouraged his art and kept him amply supplied with materials, instructional magazines, and illustrated books. Hopper first began signing and dating his drawings at the age of ten. The earliest of these drawings include charcoal sketches of geometric shapes, including a vase, bowl, cup and boxes. The detailed examination of light and shadow which carried on throughout the rest of his career can already be found in these early works. By his teens, he was working in pen-and-ink, charcoal, watercolor, and oil—drawing from nature as well as making political cartoons. In 1895, he created his first signed oil painting, Rowboat in Rocky Cove. It shows his early interest in nautical subjects.

In his early self-portraits, Hopper tended to represent himself as skinny, ungraceful, and homely. Though a tall and quiet teenager, his prankish sense of humor found outlet in his art, sometimes in depictions of immigrants or of women dominating men in comic situations. Later in life, he mostly depicted women as the figures in his paintings. In high school, he dreamed of being a naval architect, but after graduation he declared his intention to follow an art career. Hopper’s parents insisted that he study commercial art to have a reliable means of income. In developing his self-image and individualistic philosophy of life, Hopper was influenced by the writings of Ralph Waldo Emerson. He later said, “I admire him greatly…I read him over and over again.”

Hopper began art studies with a correspondence course in 1899. Soon he transferred to the New York School of Art and Design, the forerunner of Parsons The New School for Design. There he studied for six years, with teachers including William Merritt Chase, who instructed him in oil painting. Early on, Hopper modeled his style after Chase and French Impressionist masters Édouard Manet and Edgar Degas. Sketching from live models proved a challenge and a shock for the conservatively raised Hopper.

Another of his teachers, artist Robert Henri, taught life class. Henri encouraged his students to use their art to “make a stir in the world”. He also advised his students, “It isn’t the subject that counts but what you feel about it” and “Forget about art and paint pictures of what interests you in life.” In this manner, Henri influenced Hopper, as well as future artists George Bellows and Rockwell Kent. He encouraged them to imbue a modern spirit in their work. Some artists in Henri’s circle, including John Sloan, became members of “The Eight”, also known as the Ashcan School of American Art. Hopper’s first existing oil painting to hint at his use of interiors as a theme was Solitary Figure in a Theater (c.1904). During his student years, he also painted dozens of nudes, still life studies, landscapes, and portraits, including his self-portraits.

In 1905, Hopper landed a part-time job with an advertising agency, where he created cover designs for trade magazines. Hopper came to detest illustration. He was bound to it by economic necessity until the mid-1920s. He temporarily escaped by making three trips to Europe, each centered in Paris, ostensibly to study the art scene there. In fact, however, he studied alone and seemed mostly unaffected by the new currents in art. Later he said that he “didn’t remember having heard of Picasso at all.” He was highly impressed by Rembrandt, particularly his Night Watch, which he said was “the most wonderful thing of his I have seen; it’s past belief in its reality.”

Hopper began painting urban and architectural scenes in a dark palette. Then he shifted to the lighter palette of the Impressionists before returning to the darker palette with which he was comfortable. Hopper later said, “I got over that and later things done in Paris were more the kind of things I do now.” Hopper spent much of his time drawing street and café scenes, and going to the theater and opera. Unlike many of his contemporaries who imitated the abstract cubist experiments, Hopper was attracted to realist art. Later, he admitted to no European influences other than French engraver Charles Méryon, whose moody Paris scenes Hopper imitated.

Hopper died in his studio near Washington Square in New York City on May 15, 1967. He was buried two days later in the family plot at Oak Hill Cemetery in Nyack, New York, his place of birth. His wife died ten months later and is buried with him.

His wife bequeathed their joint collection of more than three thousand works to the Whitney Museum of American Art. Other significant paintings by Hopper are held by the Museum of Modern Art in New York, The Des Moines Art Center, and the Art Institute of Chicago.