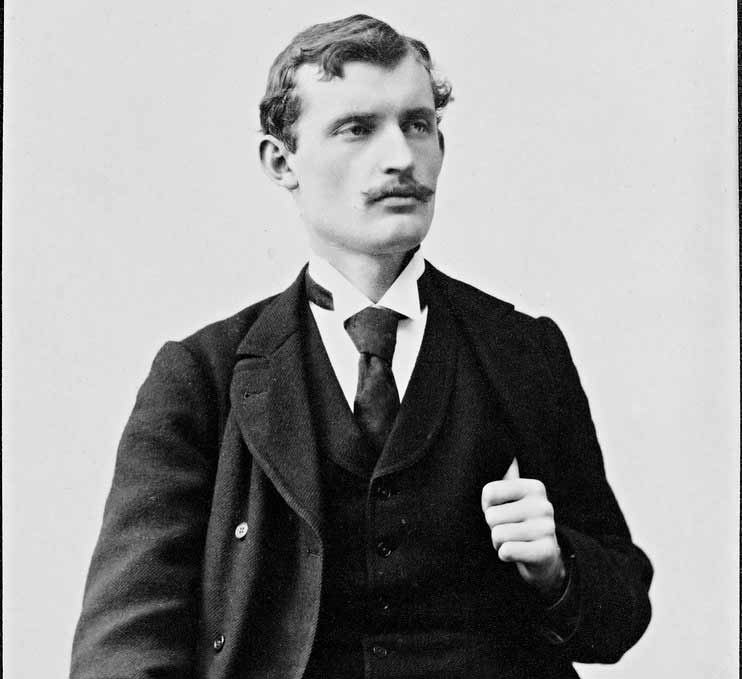 Edvard Munch (12 December 1863 – 23 January 1944) was a Norwegian painter. His best known work, The Scream, has become one of the most iconic images of world art.

His childhood was overshadowed by illness, bereavement and the dread of inheriting a mental condition that ran in the family. Studying at the Royal School of Art and Design in Kristiania (today’s Oslo), Munch began to live a bohemian life under the influence of nihilist Hans Jæger, who urged him to paint his own emotional and psychological state (‘soul painting’). From this emerged his distinctive style.

Travel brought new influences and outlets. In Paris, he learned much from Paul Gauguin, Vincent van Gogh and Henri de Toulouse-Lautrec, especially their use of colour. In Berlin, he met Swedish dramatist August Strindberg, whom he painted, as he embarked on his major canon The Frieze of Life, depicting a series of deeply-felt themes such as love, anxiety, jealousy and betrayal, steeped in atmosphere.

The Scream was conceived in Kristiania. According to Munch, he was out walking at sunset, when he ‘heard the enormous, infinite scream of nature’. The painting’s agonised face is widely identified with the angst of the modern person. Between 1893 and 1910, he made two painted versions and two in pastels, as well as a number of prints. One of the pastels would eventually command the fourth highest nominal price paid for a painting at auction.

As his fame and wealth grew, his emotional state remained insecure. He briefly considered marriage, but could not commit himself. A breakdown in 1908 forced him to give up heavy drinking, and he was cheered by his increasing acceptance by the people of Kristiania and exposure in the city’s museums. His later years were spent working in peace and privacy. Although his works were banned in Nazi Germany, most of them survived World War II, securing him a legacy.

When Munch died, his remaining works were bequeathed to the city of Oslo, which built the Munch Museum at Tøyen (it opened in 1963). The museum holds a collection of approximately 1,100 paintings, 4,500 drawings, and 18,000 prints, the broadest collection of his works in the world. The Munch Museum serves as Munch’s official estate, and has been active in responding to copyright infringements, as well as clearing copyright for the work, such as the appearance of Munch’s The Scream in a 2006 M&M’s advertising campaign. The U.S. copyright representative for the Munch Museum and the Estate of Edvard Munch is the Artists Rights Society.

Munch’s art was highly personalized and he did little teaching. His “private” symbolism was far more personal than that of other Symbolist painters such as Gustave Moreau and James Ensor. Munch was still highly influential, particularly with the German Expressionists, who followed his philosophy, “I do not believe in the art which is not the compulsive result of Man’s urge to open his heart.”[48] Many of his paintings, including The Scream, have universal appeal in addition to their highly personal meaning.

Munch’s works are now represented in numerous major museums and galleries in Norway and abroad. His cabin, “the Happy House”, was given to the municipality of Åsgårdstrand in 1944; it serves as a small Munch Museum. The inventory has been maintained exactly as he left it.

One version of The Scream was stolen from the National Gallery in 1994. In 2004, another version of The Scream, along with one of Madonna, was stolen from the Munch Museum in a daring daylight robbery. These were all eventually recovered, but the paintings stolen in the 2004 robbery were extensively damaged. They have been meticulously restored and are on display again. Three Munch works were stolen from the Hotel Refsnes Gods in 2005; they were shortly recovered, although one of the works was damaged during the robbery.

Munch’s image appears on the Norwegian 1,000-kroner note, along with pictures inspired by his artwork.

In February 2012, a major Munch exhibition, Edvard Munch. The Modern Eye, opened at the Schirn Kunsthalle Frankfurt; the exhibition was opened by Mette-Marit, Crown Princess of Norway.

In 2013, four of Munch’s paintings were depicted in a series of stamps by the Norwegian postal service, to commemorate in 2014 the 150th anniversary of his birth.