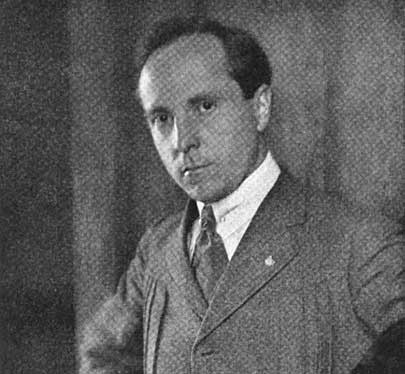 Edward Henry Weston (March 24, 1886 – January 1, 1958) was a 20th-century American photographer. He has been called “one of the most innovative and influential American photographers…” and “one of the masters of 20th century photography.” Over the course of his 40-year career Weston photographed an increasingly expansive set of subjects, including landscapes, still lives, nudes, portraits, genre scenes and even whimsical parodies. It is said that he developed a “quintessentially American, and especially Californian, approach to modern photography” because of his focus on the people and places of the American West. In 1937 Weston was the first photographer to receive a Guggenheim Fellowship, and over the next two years he produced nearly 1,400 negatives using his 8 × 10 view camera. Some of his most famous photographs were taken of the trees and rocks at Point Lobos, California, near where he lived for many years.

Weston was born in Chicago and moved to California when he was 21. He knew he wanted to be a photographer from an early age, and initially his work was typical of the soft focus pictorialism that was popular at the time. Within a few years, however, he abandoned that style and went on to be one of the foremost champions of highly detailed photographic images.

In 1947 he was diagnosed with Parkinson’s disease and he stopped photographing soon thereafter. He spent the remaining ten years of his life overseeing the printing of more than 1,000 of his most famous images.

Weston was born in Highland Park, Illinois, the second child and only son of Edward Burbank Weston, an obstetrician, and Alice Jeanette Brett, a Shakespearean actress. His mother died when he was five years old and he was raised mostly by his sister Mary, whom he called “May” or “Maisie”. She was nine years older than he, and they developed a very close bond that was one of the few steady relationships in Weston’s life.

His father remarried when he was nine, but neither Weston nor his sister got along with their new stepmother and stepbrother. After May was married and left their home in 1897, Weston’s father devoted most of his time to his new wife and her son. Weston was left on his own much of the time; he stopped going to school and withdrew into his own room in their large home.

As a present for his 16th birthday Weston’s father gave him his first camera, a Kodak Bull’s-Eye No. 2, which was a simple box camera. He took it on vacation in the Midwest, and by the time he returned home his interest in photography was enough to lead him to purchase a used 5 × 7 inch view camera. He began photographing in Chicago parks and a farm owned by his aunt, and developed his own film and prints. Later he would remember that even at that early age his work showed strong artistic merit. He said, “I feel that my earliest work of 1903 ‒ though immature ‒ is related more closely, both with technique and composition, to my latest work than are several of my photographs dating from 1913 to 1920, a period in which I was trying to be artistic.”

In 1904 May and her family moved to California, leaving Weston further isolated in Chicago. He earned a living by taking a job at a local department store, but he continued to spend most of his free time taking photos, Within two years he felt confident enough of his photography that he submitted his work to the magazine Camera and Darkroom, and in the April 1906 issue they published a full-page reproduction of his picture Spring, Chicago. This is the first known publication of any of his photographs.