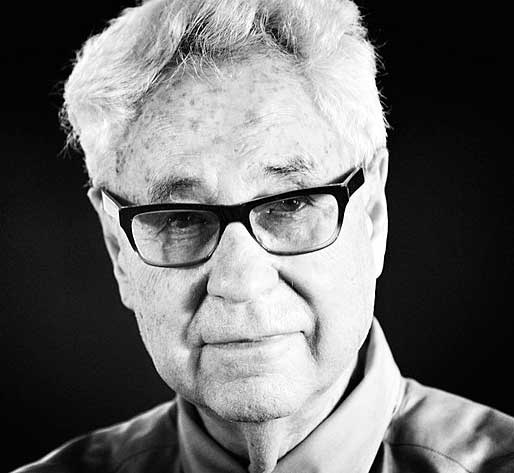 Elliott Erwitt (born Elio Romano Erwitt, July 26, 1928) is an American advertising and documentary photographer known for his black and white candid photos of ironic and absurd situations within everyday settings. He has been a Member of Magnum Photos since 1954.

Erwitt was born in Paris, France, to Jewish-Russian immigrant parents, who soon moved to Italy. In 1939, when he was ten, his family migrated to the United States. He studied photography and filmmaking at Los Angeles City College and the New School for Social Research, finishing his education in 1950. In 1951 he was drafted into the Army, and discharged in 1953.

Erwitt served as a photographer’s assistant in the 1950s in the United States Army while stationed in France and Germany. He was influenced by meeting the famous photographers Edward Steichen, Robert Capa and Roy Stryker. Stryker, the former Director of the Farm Security Administration’s photography department, hired Erwitt to work on a photography project for the Standard Oil Company. He then began a freelance photographer career and produced work for Collier’s, Look, Life and Holiday. Erwitt was invited to become a member of Magnum Photos by the founder Robert Capa.

Erwitt has created an alter ego, the beret-wearing and pretentious “André S. Solidor” (which abbreviates to “ass”) — “a contemporary artist, from one of the French colonies in the Caribbean, I forget which one” — to “satirise the kooky excesses of contemporary photography.” His work was published in a book, The Art of André S. Solidor (2009), and exhibited in 2011 at the Paul Smith Gallery in London.

Erwitt was awarded the Royal Photographic Society’s Centenary Medal and an honorary fellowship (HonFRPS) in 2002 in recognition of a sustained, significant contribution to the art of photography. and the International Center for Photography’s Infinity Award, Lifetime Achievement category, in 2011.

Since the 1970s, he has devoted much of his energy toward movies. His feature films, television commercials, and documentary films include Arthur Penn: the Director (1970), Beauty Knows No Pain (1971), Red, White and Bluegrass (1973) and the prize-winning[clarification needed] Glassmakers of Herat, Afghanistan (1977). He was, as well, credited as camera operator for Gimme Shelter (1970), still photographer for Bob Dylan: No Direction Home (2005), and provided addition photography for Get Yer Ya Ya’s Out (2009).

A collection of Erwitt’s films were screened in 2011 as part of the DocNYC Festival’s special event “An Evening with Elliott Erwitt”.