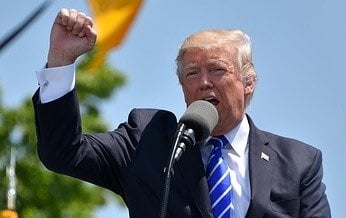 Washington: Facebook has decided to maintain the ban on former US President Donald Trump.

According to a report by a foreign news agency, the decision to ban Donald Trump was taken by the board members formed by Facebook. The board included journalists, lawyers, politicians and workers of various organizations.

According to the report, the lifting of Trump’s ban on Facebook and Instagram will be reviewed in the next six months.

It should be noted that the ban on Trump was imposed after the attack on the Congress by the supporters on January 6. Twitter, including Facebook and Instagram, has also banned Trump.

Read more: The World’s Richest People Lose Billions of Dollars a Day Because of Trump.

On the other hand, Trump has strongly criticized the ban on his social networking site. In a statement, Trump has called Facebook, Google and Twitter corrupt.

The former US president announced the launch of a personal social networking site and started posting messages from the personal website.

According to the report, Trump’s messages are being shared on social media by his supporters.