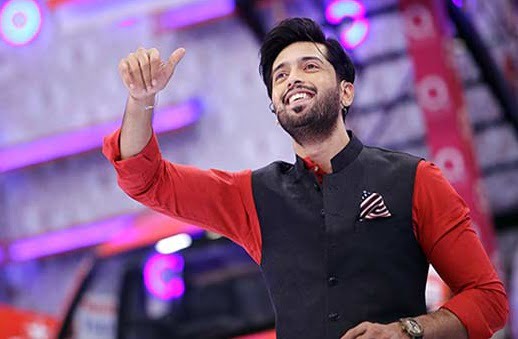 Actor Fahad Mustafa has won the hearts of social media by announcing Rs 2 million for the treatment of a Hindu child suffering from thalassemia.

Fahad Mustafa made the announcement by phone during the Ramadan transmission program.

Zafar Abbas of JDC Foundation, while introducing the child during the Ramadan transmission hosted by Wasim Badami, said,

“He is 3 years old and his name is Deepesh. Deepash’s father is a veterinarian whose son has only 15 months The rest and the family needs Rs 4 million (4 million) for her bone marrow transplant. ”

Thalassemia is an inherited disease that is passed on to children due to a genetic defect in the parents. This disease causes less blood in the patient’s body.

Deepash’s father said that many people and hospitals sent him back saying that Kahan had funds only for Muslims. He lamented that when daily wage earners and other needy people bring their animals to their clinic for treatment, they do not charge them but now when their own child needs help, the helper There is no one.

While the host was appealing for funds for the child, Fahad Mustafa made a live call on the show and announced to pay Rs 2 million for the child.

The hosts were appealing for funds when actor Fahad Mustafa called the show live and announced a payment of Rs 2 million. This video clip is very viral on social media and people are appreciating Fahad Mustafa for his timely donation out of human compassion.

According to a report, Pakistan has the highest number of thalassemia patients where most patients rely on blood transfusions.