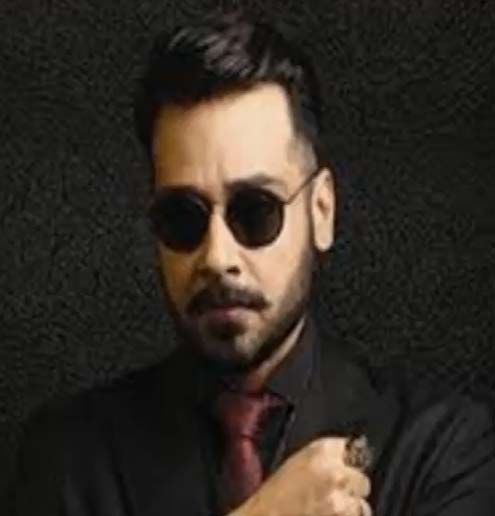 Faysal Quraishi (Urdu: (فیصل قریشی‎) born October 26, 1973) is a Pakistani actor, producer and television host. He appears in Pakistani television dramas, reality shows and films, and is one of Pakistan’s highest-paid actors. He first gained recognition for playing the leading role of Boota in television series Boota from Toba Tek Singh (1999).

From 2016 to 2019, he hosted the morning show Salam Zindagi on ARY Zindagi.He also turned producer in 2017 with the production house Connect Studios.

He was born in Lahore, Pakistan. His mother Afshan Qureshi is also a television actress.

Quraishi began his career as a child artist and appeared in the plays Emergency Ward and Andhera Ujala for PTV. He made his film debut as an actor in the 2000 film Saza. He first played minor roles in television serials before landing his first lead role as “Boota” in Boota from Toba Tek Singh which made him an overnight star. Faysal has also appeared as a judge on competition shows Dum Hai To Entertain Kar and Nachle. He also hosted the reality show Hero Banney Ki Tarang and the morning show Muskurati Morning on TVOne Global along with Ayesha Khalid. He also played a variety of characters in many critically acclaimed dramas, including Meri Zaat Zarra-e-Benishan (2009), Main Abdul Qadir Hoon (2010), Qaid-e-Tanhai (2010), and Kis Din Mera Viyah Howay Ga (2011–2018). Faysal also played the leading role in the 2014’s acclaimed drama serial Bashar Momin. In 2018, he was seen in revenge based drama series Khalish.

In 2015, Daily Pakistan reported that Faysal has become one of the highest-paid artists of television, charging Rs. 2 million per episode.

From 2016 to 2019, Faysal hosted the morning show Salam Zindagi which aired on ARY Zindagi. Qureshi was appointed as a CLF Goodwill Ambassador by the Children’s Literature Festival on July 30, 2019.