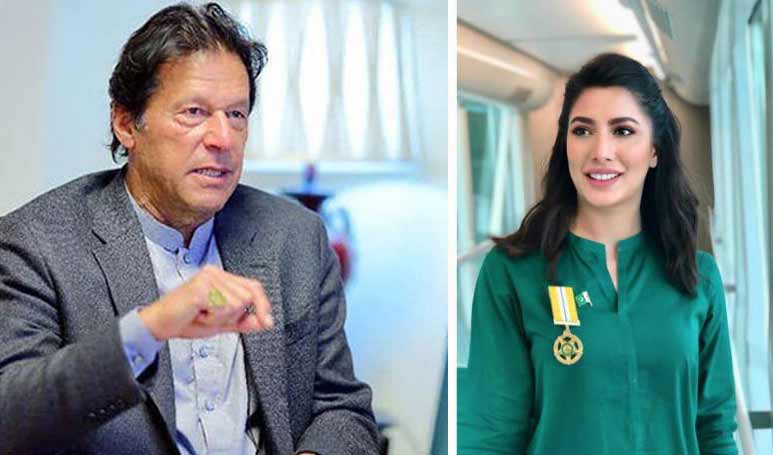 In an interview on private TV a few days ago, well-known actress Mahwish Hayat said that

She has become very interested in politics. Inshallah I will come into politics soon.

The host asked another question, “Will you do parliamentary politics or party politics?” Replying to a question, Mahwish Hayat said,

“My intention is to improve the country. Now it comes in a parliamentary way or it comes from forming its own party. Only time will tell.”

On the other hand, Mahwish Hayat is being criticized by social media users for comparing himself with Prime Minister Imran Khan.

Consumers wrote that Mahwish Hayat wants to be the Prime Minister on the basis of zero merit. Someone wrote that Imran Khan is not a born cricketer but a born leader so he is leading the country today.

Social media users also referred to Imran Khan’s 25-year struggle in politics and said that Imran Khan has struggled for years to become the Prime Minister of the country. Someone advised him to undergo psychiatric treatment on this statement of Mahwish Hayat, while someone made fun of him. In addition, some users also asked about Mahwish Hayat’s qualifications.

A woman named Nuzhat Qamar wrote that when she is found without any more time than hard work, such dreams start coming, Bibi, get yourself treated. One user wrote that Imran Khan is a champion, he has many qualities, his thinking is superior to any human being in the world, no one can compare himself with Imran Khan’s personality.