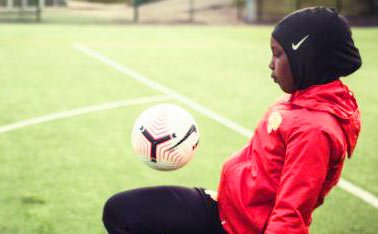 Helsinki: The European Football Association of Finland has introduced sports scarves for its female players.

“We have so far distributed dozens of scarves to our female players,”

said Heidi Pahlaja, head of the Women’s Football Association. The goal is to get them involved in the game.

“It was very difficult to encourage women and girls from immigrant families living in our country to play football clubs,”

he said. So in light of this situation, we made this decision.

It is to be noted that Finland had also announced equal pay and bonus for male and female players of the national team in 2019 to promote equality in the country.

According to official Finnish statistics, the hijab scheme has not emerged as a major issue in the country of 5.5 million people.