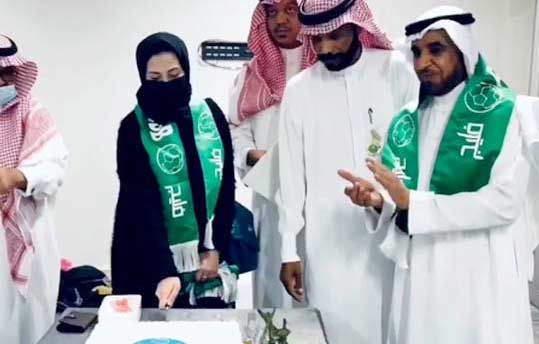 Riyadh: For the first time in the history of Saudi Arabia, a woman has been elected chairperson of a football club. Abrar Shakir is primarily involved in the field of advocacy.

According to foreign media, the chairperson of FLIG football club is Abrar Shakir. They have taken on their responsibilities.

The Paralyzed Football Club is based in the eastern province of Hafar Al-Batin, Saudi Arabia, and has two separate men’s and women’s teams. Abrar Shakir has been appointed as the head of the board of both the teams.

Abrar Shaker has been appointed as Chairman of the FLIG Football Club at its first founding meeting in a move that made her Saudi Arabia’s first woman to lead a football club.https://t.co/kkidUMJ7hk pic.twitter.com/OP4pkD5DBp

It is to be noted that steps are being taken in Saudi Arabia to empower women under the Vision 2030 of Crown Prince Muhammad bin Salman. Recruitment of women to the Saudi Armed Forces has begun.