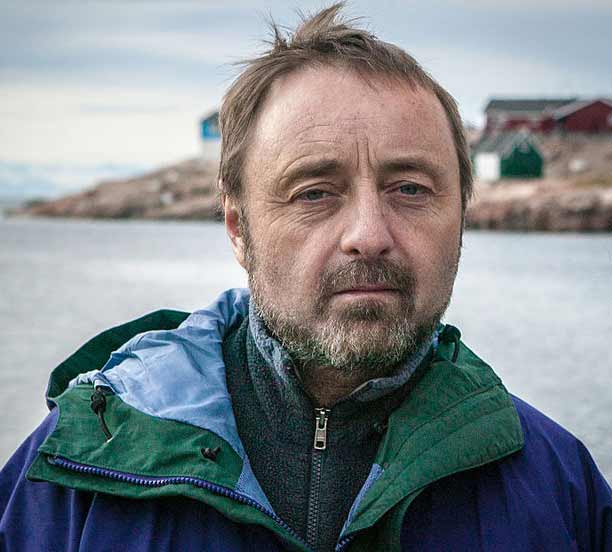 Frans Lanting (born July 13, 1951) is a National Geographic photographer, author and speaker.
Lanting was born in Rotterdam. He studied economics at the Erasmus university in Rotterdam and later immigrated to the United States. He now lives in Santa Cruz, California and operates a studio and gallery, as well as a stock photography services. Lanting’s wife Christine Eckstrom is a writer, editor, producer, and works on joint books of nature photography.

Lanting works in many different parts of the world including the Amazon basin, Africa and Antarctica. His photographs are regularly published in National Geographic, where he served as photographer-in-residence. He is also featured in Outdoor Photographer, Audubon, and Life. A 2005 exhibit in the Field Museum of Natural History entitled Jungles focused on the plants and animals of the rainforest.

Lanting’s 2006 exhibit, Life: A Journey Through Time, part of the Cabrillo Festival of Contemporary Music in Santa Cruz, California, combined his photography with the music of Philip Glass. A traveling exhibition, Frans Lanting: LIFE began in fall 2006 at the Dutch natural history museum in Leiden, Netherlands. The show then traveled through Europe and the United States.

Lanting is a Fellow of the International League of Conservation Photographers (ILCP).

From May through July 2012 there was an exhibition with 75 photos from Life: A Journey Through Time on the SS Rotterdam in the harbour of Rotterdam.