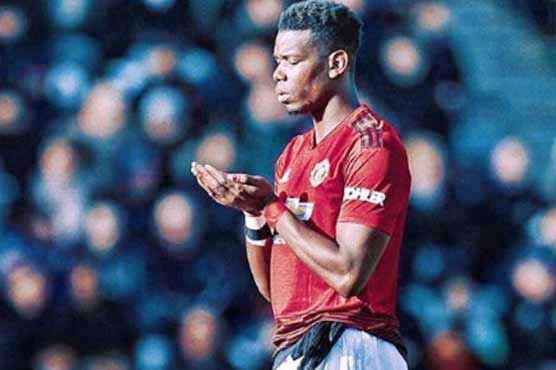 French footballer Paul Pogba won the hearts of Muslims, messages of praise from around the world.

PARIS: Leading French footballer Paul Pogba has removed a bottle of wine he held in front of him during a press conference, a move that has won the hearts of Muslims around the world.

According to foreign media, when Paul Pogba came for the press conference after the match between Germany and France in the Euro Cup, the organizers had placed a bottle of wine on the table, the Muslim footballer immediately removed it and put it on the other side.

It may be recalled that a few days ago, the famous striker of Portugal, Cristiano Ronaldo, had also removed the bottles of the famous Cola brand placed in front of him during the press conference and put them aside.

He then waved his water bottle in front of the cameras, saying, “Agua, I think the word in Portuguese means water.”