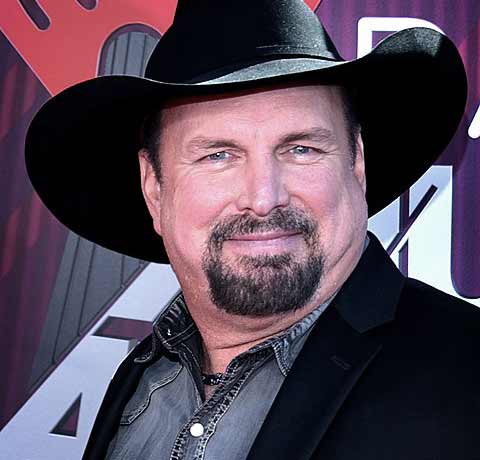 Troyal Garth Brooks (born February 7, 1962) is an American singer and songwriter. His integration of rock and pop elements into the country genre has earned him popularity, particularly in the United States with success on the country music single and album charts, multi-platinum recordings and record-breaking live performances, while also crossing over into the mainstream pop arena.

As of 2020, according to the RIAA, Brooks is the best-selling solo albums artist in the United States with 156 million domestic units sold, ahead of Elvis Presley, and is second only to The Beatles in total album sales overall. He is also one of the world’s best-selling artists of all time, having sold more than 170 million records.

Troubled by conflicts between career and family, Brooks retired from recording and performing from 2001 until 2005.[5] During this time, he sold millions of albums through an exclusive distribution deal with Walmart and sporadically released new singles. In 2005, Brooks started a partial comeback, giving select performances and releasing two compilation albums.

In 2009, he began Garth at Wynn, a periodic weekend concert residency at Las Vegas’ Encore Theatre from December 2009 to January 2014. Following the conclusion of the residency, Brooks announced his signing with Sony Music Nashville in July 2014. In September 2014, he began his comeback world tour, with wife and musician Trisha Yearwood, which culminated in 2017. This was followed by his Stadium Tour, which began in 2019. His most recent album, Gunslinger, was released in November 2016.

Troyal Garth Brooks was born on February 7, 1962, in Tulsa, Oklahoma. He was the youngest child of Troyal Raymond Brooks Jr. (1931–2010), a draftsman for an oil company, and Colleen McElroy Carroll (1929–1999), a 1950s-era country singer of Irish ancestry who recorded on the Capitol Records label and appeared on Ozark Jubilee. This was the second marriage for each of his parents, giving Brooks four older half-siblings (Jim, Jerry, Mike, and Betsy). The couple had two children together, Kelly and Garth. At their home in Yukon, Oklahoma, the family hosted weekly talent nights. All of the children were required to participate, either by singing or doing skits. Brooks learned to play both the guitar and banjo.

As a child, Brooks often sang in casual family settings, but his primary focus was athletics. In high school, he played football and baseball and ran track and field. He received a track scholarship to Oklahoma State University in Stillwater, where he competed in the javelin. Brooks graduated in 1984 with a degree in advertising. His roommate, Ty England, later played guitar in his road band until going solo in 1995.

In 2020, Brooks was awarded the Library of Congress Gershwin Prize for Popular Song. Age 57 at the time he was named as the Gershwin honoree, he is the youngest recipient of the award.

According to the Recording Industry Association of America, Brooks was the best-selling solo artist of the 20th century in America. This conclusion drew criticism from the press and many music fans who were convinced that Elvis Presley had sold more records, but had been short-changed in the rankings due to faulty RIAA certification methods during his lifetime. Brooks, while proud of his sales accomplishments, stated that he too believed that Presley must have sold more.

The RIAA has since reexamined their methods for counting certifications. Under their revised methods, Presley became the best-selling solo artist in U.S. history, making Brooks the number-two solo artist, ranking third overall, as the Beatles have sold more albums than either he or Presley. The revision brought more criticism of the accuracy of the RIAA’s figures, this time from Brooks’ followers. On November 5, 2007, Brooks was again named the best selling solo artist in US history, surpassing Presley after audited sales of 123 million were announced. In December 2010, several more of Presley’s albums received certifications from the RIAA. As a result, Elvis again surpassed Brooks. As of October 2014, the RIAA lists Presley’s total sales at 134.5 million and Brooks’ at 134 million. Subsequently, Man Against Machine has been certified by the RIAA as Platinum and listing Brooks sales as exceeding 136 million, placing Brooks again as the number 1 selling solo artist.

In September 2016, Brooks became the first and only artist in music history to achieve seven career Diamond Award albums, according to the RIAA (surpassing the previous tied record of six next to The Beatles).