Ahmed, a British actor of Pakistani descent, announced a 25,000 fellowship for Muslim filmmakers in a Chicago-based delegation.

In this regard, on Instagram, Feroz Khan, in his response to Riz Ahmed, said,

“Get ready to call yourself a preacher, but you will not back down.”

“Brother! Nice to hear from you. “

Recently, actor Riz Ahmed wrote in his tweet that when it comes to Muslims in films, we either disappear or become villains. 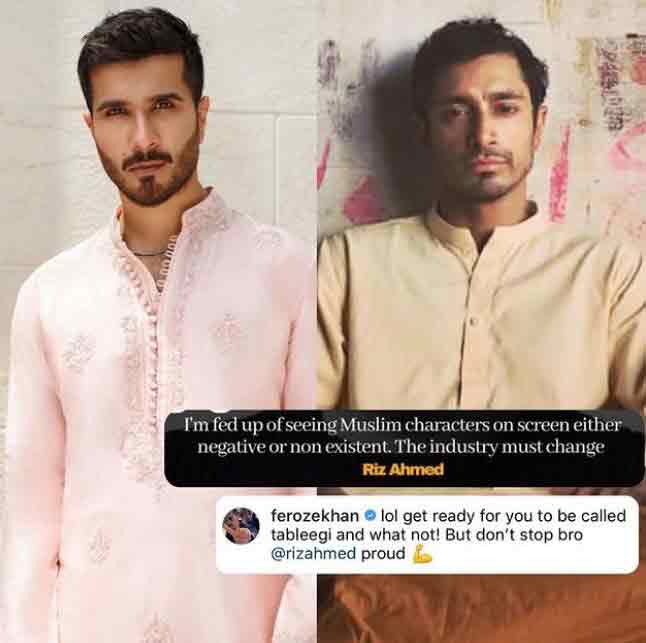 It may be recalled that Raza Ahmad, 38, from the United Kingdom, was the first Muslim actor to be nominated for the prestigious Academy Awards for his lead role in the film ‘Sound of Metal’.