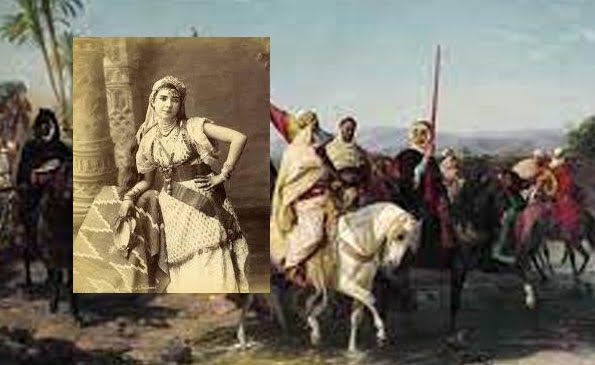 If you read the history of the North African country of Algeria, you will find that the people here faced the worst atrocities of the French colonial ambitions and its powerful forces in the nineteenth century and fought a long war for independence.

France occupied Algeria in 1830 and lasted for 132 years. During this period, France resorted to all means and tactics to crush the constant resistance and protest movements in its colony, but in 1954 and 1962 it had to fight a long guerrilla war, after which the sun of independence rose in Algeria. It is said that the death toll in that period alone was in the millions.

History shows that the people here were introduced to Islam in the 7th century AD, and Fatima Nasomar, an eye-opener in a Muslim family, was a warrior who put up strong resistance against the French colonial army and fought the enemy on the battlefield.

Fatima Nasoumar, better known as “Khola Algeria”, raised an army of thousands of fighters to fight the French forces. He instilled in the youth a spirit of freedom and persuaded them to fight against French atrocities.

Fatima Nasummar was born in 1830 and in 1850, when she was only 20 years old, became part of an ongoing resistance movement against France and led the invading forces due to her extraordinary leadership ability and bravery.

The Algerian warrior inflicted heavy casualties on the French army in several skirmishes, but it was not easy for a large force and organized army to compete for long. Fatima Nasomar’s armed resistance against France lasted for two and a half years and she was arrested.

Fatima Nassoumar was sentenced to life in prison for her role in the coup and for inflicting heavy casualties on France. Fatima Nasomar lost her life during her imprisonment at the age of 33.

Some of Algeria’s streets and schools are dedicated to this brave woman, while statues of her have been erected in various places.