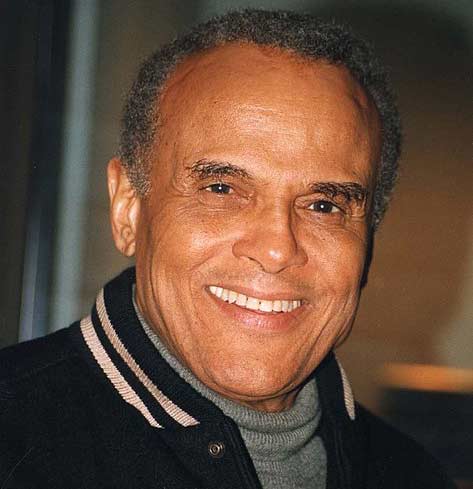 Harry Belafonte (born Harold George Bellanfanti Jr.; March 1, 1927) is a Jamaican-American singer, songwriter, activist, and actor. One of the most successful Jamaican-American pop stars in history, he was dubbed the “King of Calypso” for popularizing the Trinidadian Caribbean musical style with an international audience in the 1950s. His breakthrough album Calypso (1956) was the first million-selling LP by a single artist. Belafonte is known for his recording of “The Banana Boat Song”, with its signature lyric “Day-O”. He has recorded and performed in many genres, including blues, folk, gospel, show tunes, and American standards. He has also starred in several films, including Otto Preminger’s hit musical Carmen Jones (1954), Island in the Sun (1957), and Robert Wise’s Odds Against Tomorrow (1959).

Belafonte was an early supporter of the Civil Rights Movement in the 1950s and 1960s and was a confidant of Martin Luther King Jr.. Throughout his career, he has been an advocate for political and humanitarian causes, such as the Anti-Apartheid Movement and USA for Africa. Since 1987, he has been a UNICEF Goodwill Ambassador. He was a vocal critic of the policies of the George W. Bush presidential administrations. Belafonte acts as the American Civil Liberties Union celebrity ambassador for juvenile justice issues.

Belafonte has won three Grammy Awards (including a Grammy Lifetime Achievement Award), an Emmy Award, and a Tony Award. In 1989, he received the Kennedy Center Honors. He was awarded the National Medal of Arts in 1994. In 2014, he received the Jean Hersholt Humanitarian Award at the Academy’s 6th Annual Governors Awards.

Belafonte was born Harold George Bellanfanti Jr. at Lying-in Hospital on March 1, 1927, in Harlem, New York, the son of Melvine (née Love), a housekeeper, and Harold George Bellanfanti Sr., who worked as a chef. His mother was born in Jamaica, the child of a Scottish Jamaican mother and an Afro-Jamaican father. His father also was born in Jamaica, the child of a black mother and Dutch Jewish father of Sephardi origins. Belafonte has described his grandfather, whom he never met, as “a white Dutch Jew who drifted over to the islands after chasing gold and diamonds, with no luck at all”. From 1932 to 1940, he lived with one of his grandmothers in her native country of Jamaica, where he attended Wolmer’s Schools. When he returned to New York City, he attended George Washington High School after which he joined the Navy and served during World War II. In the 1940s, he was working as a janitor’s assistant in NYC when a tenant gave him, as a gratuity, two tickets to see the American Negro Theater. He fell in love with the art form and also met Sidney Poitier. The financially struggling pair regularly purchased a single seat to local plays, trading places in between acts, after informing the other about the progression of the play. At the end of the 1940s, he took classes in acting at the Dramatic Workshop of The New School in New York with the influential German director Erwin Piscator alongside Marlon Brando, Tony Curtis, Walter Matthau, Bea Arthur, and Sidney Poitier, while performing with the American Negro Theatre. He subsequently received a Tony Award for his participation in the Broadway revue John Murray Anderson’s Almanac.

Belafonte started his career in music as a club singer in New York to pay for his acting classes. The first time he appeared in front of an audience, he was backed by the Charlie Parker band, which included Charlie Parker himself, Max Roach and Miles Davis, among others. At first, he was a pop singer, launching his recording career on the Roost label in 1949, but later he developed a keen interest in folk music, learning material through the Library of Congress’ American folk songs archives. With guitarist and friend Millard Thomas, Belafonte soon made his debut at the legendary jazz club The Village Vanguard. In 1953, he signed a contract with RCA Victor, recording regularly for the label until 1974.

Belafonte also performed during the rat pack era in Las Vegas. He and associated acts such as Liberace, Ray Vasquez, and Sammy Davis Jr. were featured at the Sands Hotel and Casino and the Dunes (hotel and casino).

Belafonte and Marguerite Byrd were married from 1948 to 1957. They have two daughters: Adrienne and Shari. Adrienne and her daughter Rachel Blue founded the Anir Foundation / Experience, focused on humanitarian work in southern Africa. Shari is a photographer, model, singer, and actress and is married to actor Sam Behrens.

In 1953, he was financially able to move from Washington Heights, Manhattan “into a white neighborhood in Elmhurst, Queens.”

Belafonte had an affair with actress Joan Collins during the filming of Island in the Sun.

On March 8, 1957, Belafonte married his second wife Julie Robinson, a former dancer with the Katherine Dunham Company who was of Jewish descent. They had two children, David and Gina. David, the only son of Harry Belafonte, is a former model and actor and is an Emmy-winning and Grammy nominated music producer and the executive director of the family-held company Belafonte Enterprises Inc. As a music producer, David has been involved in most of Belafonte’s albums and tours and productions. He is married to model and singer Malena Belafonte who toured with Belafonte. Gina Belafonte is a TV and film actress and worked with her father as coach and producer on more than six films. Gina helped found The Gathering For Justice, an intergenerational, intercultural non-profit organization working to reintroduce nonviolence to stop child incarceration.