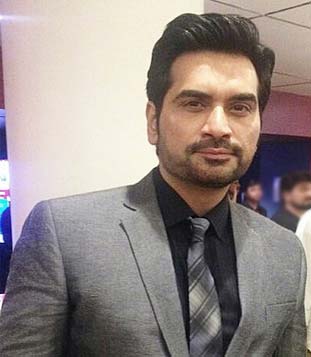 Humayun Saeed (Urdu: ہمایوں سعید‎; born Humayun Saeed Ansari, 27 July 1971) is a Pakistani actor and producer. Saeed is also a co-founder of the media production house Six Sigma Plus which produces television drama serials and commercial movies. He has appeared in dozens of Pakistani television dramas and limited number of films, and earned numerous accolades, including Lux Style Awards and ARY Film Awards Saeed has a substantial fan following in Pakistan since the beginning of his career and he was often ranked amongst the highest paid TV actors of his time. Widely regarded as one of the greatest actors of Pakistan. In recent years, he has starred in a number of commercially successful films. He is often called as Box Office King in Pakistan.

Saeed was born on 27 July 1971 in Karachi into “a liberal and well-educated Punjabi family.” Saeed attended Nasra School in Karachi where he excelled in his studies and earned the distinction throughout his academic career till matriculation. Later he enrolled himself at a prominent institution St. Patrick’s college in Karachi and earned a bachelor’s degree in commerce. Saeed stated he was happily employed at a garments factory, as a general manager, before he got into the showbizness. He described himself as “shy” when growing up. He said in an interview, at early age my parents were against. They did not support my showbiz career. But with the passage of time, with my great efforts they understand me. Now they have proud on me. On the other side, my wife is associated to very conservative family. She has lot of problems at initial stage but now she has maturity level.