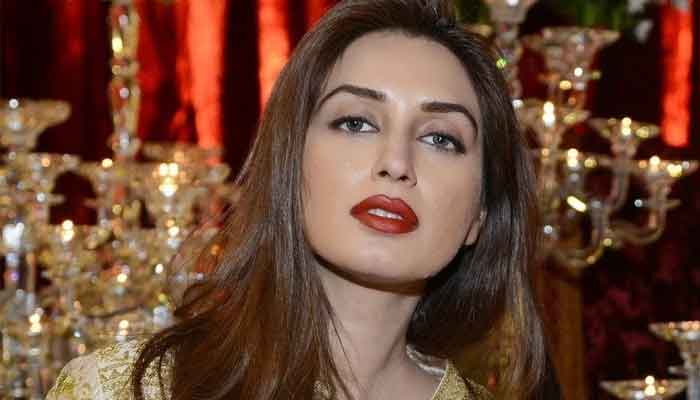 She has received several offers to work from India in the past but refused to work due to being a ‘patriot’.

According to the actress, who tied the knot with Babar Aziz Bhatti, the grandson of Shaheed Major Aziz Bhatti, a Pak Army officer who was martyred in 2019, she is a ‘patriot’ from the very beginning and that is why she joined the army. Married in the family.

Speaking on a private TV program, Iman Ali revealed that in the past, when she visited India, she was offered work by several filmmakers.

Filmmakers Imtiaz Ali and Vishal Bhardwaj also offered work, but for the first time, they apologized without hearing the story of the films.

The actress said that on the one hand, she refused to work with Indian filmmakers due to being a ‘patriot’, on the other hand, I knew that the films of both the filmmakers are bold, so she apologized for the work.

He also refused to act in several Pakistani super hit films because he did not like the role of heroin in all the films.

Iman Ali said that he was offered work in other films including ‘Youth will not come again, unknown people, will not go to Punjab, Lahore and freedom from Karachi’ but he refused. Either she doesn’t work with everyone in the film, she only works in the film which is being directed by her friends or the story is written by a friend of hers.

The main characters in ‘Nahin Aani’ were men, so they refused to work in them.

He said that the writer did injustice to the role of heroin in I will not go to Punjab, so he did not act in the said film. They had established a relationship even before their marriage to Babar Aziz Bhatti.

After marriage, life has become better and better and now she enjoys it all the time.

Talking about the low use of social media, Iman Ali said that in fact he feels that he is not beautiful and his face is not like taking a selfie all the time.

Whenever I try to take a selfie, I feel that I look like a ‘transgender’ person, so she doesn’t take selfies.