Athletes also took to the field to show solidarity with Palestine against Israeli atrocities.

Both players carried a Palestinian flag from a spectator on the ground, circling the ground and recording their protest against Israeli atrocities. 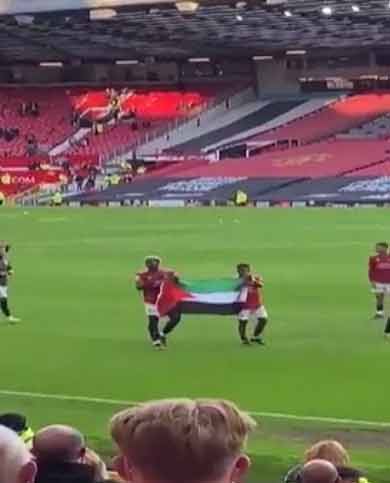 On the other hand, there are a series of demonstrations around the world against Israeli terrorism and in solidarity with Palestine.

Earlier in the day, four more Palestinians, including a journalist, were martyred in an Israeli bombardment in Palestine.

The death toll from Israeli bombings in Palestine has risen to more than 200, including more than 50 children and women.