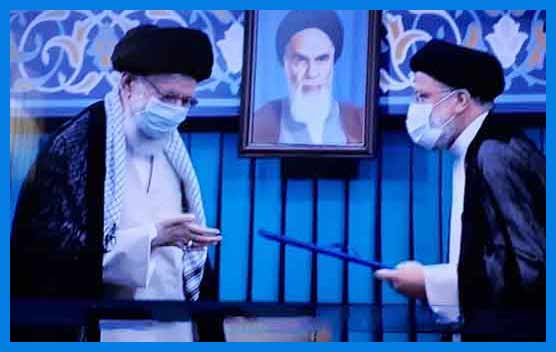 Tehran: Iran’s newly elected President Ibrahim Raeisi has been sworn in as the country’s 13th president.

It should be noted that the 13th presidential election of Iran was held on June 18 in which Ibrahim Raisi won with 1,79,26,345 votes.

According to Iran’s state news agency, Ibrahim Raeisi’s swearing-in ceremony was held in accordance with health rules, while the ceremony will be broadcast live on Iranian TV channels.

At the ceremony, Raisi said he would work for the lifting of US sanctions. The country’s economy does not depend on the wishes of foreigners.

It should be noted that the biggest challenge for Raeesi is to support the faltering Iranian economy. He has repeatedly criticized outgoing President Hassan Rouhani for his moderate rule.