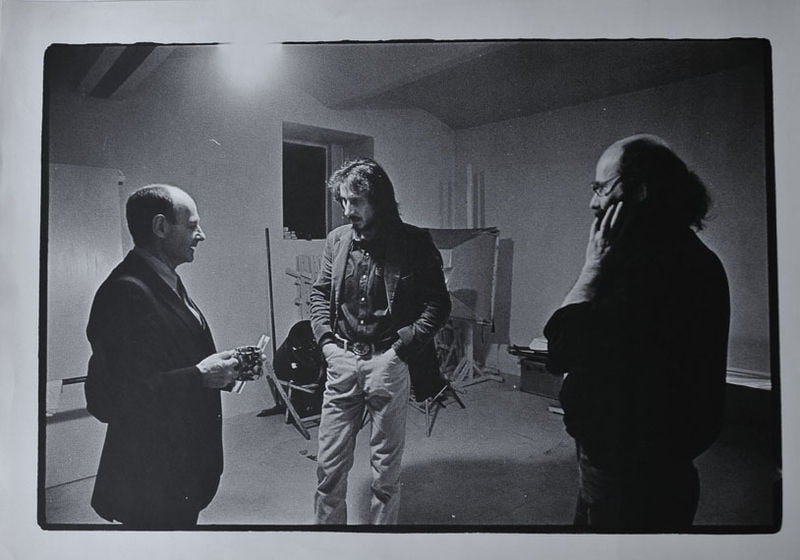 Irving Penn (June 16, 1917 – October 7, 2009) was an American photographer known for his fashion photography, portraits, and still lifes. Penn’s career included work at Vogue magazine, and independent advertising work for clients including Issey Miyake and Clinique. His work has been exhibited internationally and continues to inform the art of photography.

Penn was born to a Russian Jewish family on June 16, 1917 in Plainfield, New Jersey, to Harry Penn and Sonia Greenberg. Penn’s younger brother, Arthur Penn, was born in 1922 and would go on to become a film director and producer. Penn attended Abraham Lincoln High School where he studied graphic design with Leon Friend.

Penn attended the Philadelphia Museum School of Industrial Art (now the University of the Arts) from 1934 to 1938, where he studied drawing, painting, graphics, and industrial arts under Alexey Brodovitch. While still a student, Penn worked under Brodovitch at Harper’s Bazaar which published several of Penn’s drawings.

Penn worked for three years as a freelance designer and making his first amateur photographs before taking Brodovitch’s position as the art director at Saks Fifth Avenue in 1940. Penn remained at Saks Fifth Avenue for a year before leaving to spend a year painting and taking photographs in Mexico and across the US. When Penn returned to New York, Alexander Liberman offered him a position as an associate in the Vogue magazine Art Department. Penn worked on layout for the magazine before Liberman asked him to try photography.

Penn’s first photographic cover for Vogue magazine appeared in October 1943. The art department of the Office of War Information in London offered him a job as an “artist-photographer” but he volunteered with the American Field Service instead. After arriving in Naples with a boatload of American troops in November 1944. Penn drove an ambulance in support of the British Eighth Army as it alternately waited out weather and slogged its way north through a miserable winter in the Italian Apennines. In July 1945, he was transferred from Italy to India. He photographed the soldiers, medical operations, and camp life for the AFS, and various subjects while bivouacked in India. He sailed back to New York in November 1945.

Penn continued to work at Vogue throughout his career, photographing covers, portraits, still lifes, fashion, and photographic essays. In the 1950s, Penn founded his own studio in New York and began making advertising photographs. Over the years, Penn’s list of clients grew to include General Foods, De Beers, Issey Miyake, and Clinique.

Penn met Swedish fashion model Lisa Fonssagrives at a photo shoot in 1947. In 1950, the two married at Chelsea Register Office, and two years later Lisa gave birth to their son, Tom Penn, who would go on to become a metal designer. Lisa Fonssagrives died in 1992. Penn died aged 92 on October 7, 2009 at his home in Manhattan.

Penn’s still life compositions are sparse and highly organized, assemblages of food or objects that articulate the abstract interplay of line and volume. Penn’s photographs are composed with a great attention to detail, which continues into his craft of developing and making prints of his photographs.Penn experimented with many printing techniques, including prints made on aluminum sheets coated with a platinum emulsion rendering the image with a warmth that untoned silver prints lacked. His black and white prints are notable for their deep contrast, giving them a clean, crisp look.

While steeped in the Modernist tradition, Penn also ventured beyond creative boundaries. The exhibition Earthly Bodies consisted of series of posed nudes whose physical shapes range from thin to plump; while the photographs were taken in 1949 and 1950, they were not exhibited until 1980.