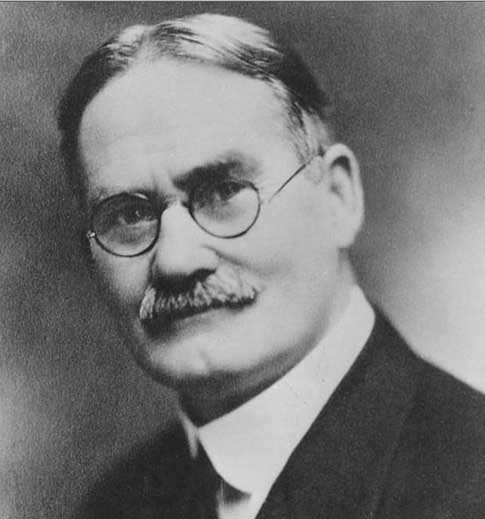 James Naismith (November 6, 1861 – November 28, 1939) was a Canadian-American physical educator, physician, Christian chaplain, sports coach, and inventor of the game of basketball. After moving to the United States, he wrote the original basketball rule book and founded the University of Kansas basketball program.

Naismith lived to see basketball adopted as an Olympic demonstration sport in 1904 and as an official event at the 1936 Summer Olympics in Berlin, as well as the birth of the National Invitation Tournament (1938) and the NCAA Tournament (1939).

Born and raised on a farm near Almonte, Ontario, Naismith studied and taught physical education at McGill University in Montreal until 1891 before moving to Springfield, Massachusetts, United States later that year where he designed the game of basketball while he was teaching at the International YMCA Training School in Springfield, Massachusetts. Seven years after inventing basketball, Naismith received his medical degree in Denver in 1898. He then arrived at the University of Kansas, later becoming the Kansas Jayhawks’ athletic director and coach.

While a coach at Kansas, Naismith coached Phog Allen, who later became the coach at Kansas for 39 seasons, beginning a lengthy and prestigious coaching tree. Allen then went on to coach legends including Adolph Rupp and Dean Smith, among others, who themselves coached many notable players and future coaches. Despite having coached his final season in 1907, Naismith remains the only coach in Kansas men’s basketball history with a losing record.

Naismith was born on November 6, 1861, in Almonte, Canada (now part of Mississippi Mills, Ontario) to Scottish immigrants. He never had a middle name and never signed his name with an “A” initial. The “A” was added by someone in the administration at the University of Kansas. Gifted in farm labor, Naismith spent his days outside playing catch, hide-and-seek, and duck on a rock, a medieval game in which a person guards a large drake stone against opposing players, who try to knock it down by throwing smaller stones at it.

To play duck on a rock most effectively, Naismith soon found that a soft lobbing shot was far more effective than a straight hard throw, a thought that later proved essential for the invention of basketball. Orphaned early in his life, Naismith lived with his aunt and uncle for many years and attended grade school at Bennies Corners near Almonte. Then, he enrolled in Almonte High School, in Almonte, Ontario, from which he graduated in 1883.

In the same year, Naismith entered McGill University in Montreal. Although described as a slight figure, standing 5 feet 10 1⁄2 inches (1.791 m) and listed at 178 pounds (81 kg) he was a talented and versatile athlete, representing McGill in football, lacrosse, rugby, soccer, and gymnastics. He played center on the football team and made himself some padding to protect his ears.

It was for personal use, not team use. He won multiple Wicksteed medals for outstanding gymnastics performances. Naismith earned a BA in physical education (1888) and a diploma at the Presbyterian College in Montreal (1890).[9] From 1891 on, Naismith taught physical education and became the first McGill director of athletics, but then left Montreal to become a physical education teacher at the YMCA International Training School in Springfield, Massachusetts.

James Naismith was the second child of Margaret and John Naismith, two Scottish immigrants. His mother, Margaret Young, the fourth of 11 children, was born in 1833 and immigrated to Lanark County, Canada in 1852. His father, John Naismith, was born in 1833, left Europe when he was 18, and also settled down in Lanark County. On June 20, 1894, Naismith married Maude Evelyn Sherman (1870–1937) in Springfield, Massachusetts.

He was 78 years old. Naismith died 8 months after the birth of the NCAA Basketball Championship, which today has evolved to one of the biggest sports events in North America. Naismith is buried with his first wife in Memorial Park Cemetery in Lawrence. Florence Kincaid died in 1977 at the age of 98 and is buried with her first husband, Dr. Frank B. Kincaid, in Elmwood Cemetery in Beloit, Kansas.

During his lifetime, Naismith held these educational and academic positions:[10]