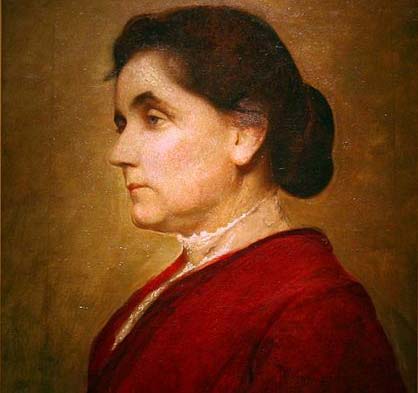 Jane Addams (September 6, 1860 – May 28, 1935) was an American settlement activist, reformer, social worker, sociologist, public administrator [5] and author. She was an important leader in the history of social work and women’s suffrage in the United States and advocated for world peace. She co-founded Chicago’s Hull House, one of America’s most famous settlement houses. In 1910, Addams was awarded an honorary master of arts degree from Yale University, becoming the first woman to receive an honorary degree from the school. In 1920, she was a co-founder for the American Civil Liberties Union (ACLU).

In the Progressive Era, when presidents such as Theodore Roosevelt and Woodrow Wilson identified themselves as reformers and social activists, Addams was one of the most prominent reformers. She helped America address and focus on issues that were of concern to mothers, such as the needs of children, local public health, and world peace. In her essay “Utilization of Women in City Government,” Addams noted the connection between the workings of government and the household, stating that many departments of government, such as sanitation and the schooling of children, could be traced back to traditional women’s roles in the private sphere. Thus, these were matters of which women would have more knowledge than men, so women needed the vote to best voice their opinions. She said that if women were to be responsible for cleaning up their communities and making them better places to live, they needed to be able to vote to do so effectively. Addams became a role model for middle-class women who volunteered to uplift their communities.

Born in Cedarville, Illinois, Jane Addams was the youngest of eight children born into a prosperous northern Illinois family of English-American descent which traced back to colonial Pennsylvania. By the time Addams was eight, four of her siblings had died: three in infancy and one at age 16. In 1863, when Addams was two years old, her mother, Sarah Addams (née Weber), died while pregnant with her ninth child. Thereafter Addams was cared for mostly by her older sisters.

Addams spent her childhood playing outdoors, reading indoors, and attending Sunday school. When she was four she contracted tuberculosis of the spine, known as Potts’s disease, which caused a curvature in her spine and lifelong health problems. This made it complicated as a child to function with the other children, considering she had a limp and could not run as well. As a child, she thought she was ugly and later remembered wanting not to embarrass her father, when he was dressed in his Sunday best, by walking down the street with him.

Addams adored her father, John H. Addams, when she was a child, as she made clear in the stories of her memoir, Twenty Years at Hull House (1910). He was a founding member of the Illinois Republican Party, served as an Illinois State Senator (1855–70), and supported his friend Abraham Lincoln in his candidacies, for senator (1854) and the presidency (1860). He kept a letter from Lincoln in his desk, and Addams loved to look at it as a child. Her father was an agricultural businessman with large timber, cattle, and agricultural holdings; flour and timber mills; and a woolen factory. He was the president of The Second National Bank of Freeport. He remarried in 1868 when Addams was eight years old. His second wife was Anna Hosteler Haldeman, the widow of a miller in Freeport.

During her childhood, Addams had big dreams of doing something useful in the world. As a voracious reader, she became interested in the poor from her reading of Dickens. Inspired by her mother’s kindness to the Cedarville poor, she decided to become a doctor so that she could live and work among the poor. It was a vague idea nurtured by literary fiction.

Addams’s father encouraged her to pursue higher education but close to home. She was eager to attend the new college for women, Smith College in Massachusetts; but her father required her to attend nearby Rockford Female Seminary (now Rockford University), in Rockford, Illinois. After graduating from Rockford in 1881, with a collegiate certificate and membership in Phi Beta Kappa, she still hoped to attend Smith to earn a proper B.A. That summer, her father died unexpectedly from a sudden case of appendicitis. Each child inherited roughly $50,000 (equivalent to $1.32 million in 2016).

That fall, Addams, her sister Alice, Alice’s husband Harry, and their stepmother, Anna Haldeman Addams, moved to Philadelphia so that the three young people could pursue medical educations. Harry was already trained in medicine and did further studies at the University of Pennsylvania. Jane and Alice completed their first year of medical school at the Woman’s Medical College of Philadelphia, but Jane’s health problems, a spinal operation and a nervous breakdown prevented her from completing the degree. She was filled with sadness at her failure. Her stepmother Anna was also ill, so the entire family canceled their plans to stay two years and returned to Cedarville.

The following fall her brother-in-law Harry performed surgery on her back, to straighten it. He then advised that she not pursue studies but, instead, travel. In August 1883, she set off for a two-year tour of Europe with her stepmother, traveling some of the time with friends and family who joined them. Addams decided that she did not have to become a doctor to be able to help the poor.

Upon her return home in June 1887, she lived with her stepmother in Cedarville and spent winters with her in Baltimore. Addams, still filled with vague ambition, sank into depression, unsure of her future and feeling useless leading the conventional life expected of a well-to-do young woman. She wrote long letters to her friend from Rockford Seminary, Ellen Gates Starr, mostly about Christianity and books but sometimes about her despair.

Her nephew was James Weber Linn (1876–1939) who taught English at the University of Chicago and served in the Illinois General Assembly. Linn also wrote books and newspaper articles.

Generally, Addams was close to a wide set of other women and was very good at eliciting their involvement from different classes in Hull House’s programs. Nevertheless, throughout her life Addams did have significant romantic relationships with a few of these women, including Mary Rozet Smith and Ellen Starr. Her relationships offered her the time and energy to pursue her social work while being supported emotionally and romantically. From her exclusively romantic relationships with women, she would most likely be described as a lesbian in contemporary terms, similar to many leading figures in the Women’s International League for Peace and Freedom of the time.

Her first romantic partner was Ellen Starr, with whom she founded Hull House, and whom she met when both were students at Rockford Female Seminary. In 1889, both had visited Toynbee Hall together, and started their settlement house project, purchasing a house in Chicago.

Her second romantic partner was Mary Rozet Smith, who was financially wealthy and supported Addams’s work at Hull House, and with whom she shared a house. Historian Lilian Faderman wrote that Jane was in love and she addressed Mary as “My Ever Dear”, “Darling” and “Dearest One”, and concluded that they shared the intimacy of a married couple. They remained together until 1934, when Mary died of pneumonia, after forty years together. It was said that, “Mary Smith became and always remained the highest and clearest note in the music that was Jane Addams’ personal life”. Together they owned a summer house in Bar Harbor, Maine. When apart, they would write to each other at least once a day – sometimes twice. Addams would write to Smith, “I miss you dreadfully and am yours ’til death”. The letters also show that the women saw themselves as a married couple: “There is reason in the habit of married folks keeping together”, Addams wrote to Smith.

Hull House and the Peace Movement are widely recognized as the key tangible pillars of Addams’ legacy. While her life focused on the development of individuals, her ideas continue to influence social, political and economic reform in the United States as well as internationally. Addams and Starr’s creation of the settlement house, Hull House, impacted the community, immigrant residents, and the social working nearby.

Willard Motley, a resident artist of Hull House, extracting from Addams’ central theory on symbolic interactionism, used the neighborhood and its people to write his 1948 best seller, Knock on Any Door. His novel later became a well known court-room film in 1949. This book and film brought attention to how a resident lived an everyday life inside a settlement house and his relationship with Jane Addams, herself.

Addams’ role as reformer enabled her to petition the establishment at and alter the social and physical geography of her Chicago neighborhood. Although contemporary academic sociologists defined her engagement as “social work,” Addams’ efforts differed significantly from activities typically labeled as “social work” during that time period. Before Addams’ powerful influence on the profession, social work was largely informed by a “friendly visitor” model in which typically wealthy women of high public stature visited impoverished individuals and, through systematic assessment and intervention, aimed to improve the lives of the poor. Addams rejected the friendly visitor model in favor of a model of social reform/social theory-building, thereby introducing the now-central tenets of social justice and reform to the field of social work.

Addams worked with other reform groups toward goals including the first juvenile court law, tenement-house regulation, an eight-hour working day for women, factory inspection, and workers’ compensation. She advocated research aimed at determining the causes of poverty and crime, and she supported women’s suffrage. She was a strong advocate of justice for immigrants, African Americans, and minority groups by becoming a chartered member of the NAACP. Among the projects that the members of the Hull House opened were the Immigrants’ Protective League, the Juvenile Protective Association, the first juvenile court in the United States, and a Juvenile Psychopathic Clinic.

Addams’ influential writings and speeches, on behalf of the formation of the League of Nations and as a peace advocate, influenced the later shape of the United Nations.

Jane Addams also sponsored the work of Neva Boyd, who founded the Recreational Training School at Hull House, a one-year educational program in group games, gymnastics, dancing, dramatic arts, play theory, and social problems. At Hull House, Neva Boyd ran movement and recreational groups for children, using games and improvisation to teach language skills, problem-solving, self-confidence and social skills. During the Great Depression, Boyd worked with the Recreational Project in the Works Progress Administration, (WPA) as The Chicago Training School for Playground Workers, which subsequently became the foundation for the Recreational Therapy and Educational Drama movements in the U.S. One of her best known disciples, Viola Spolin taught in the Recreational Theater Program at Hull House during the WPA era. Spolin went on to be a pioneer in the improvisational theater movement in the US and the inventor of Theater Games.

The main legacy left by Jane Addams includes her involvement in the creation of the Hull House, impacting communities and the whole social structure, reaching out to colleges and universities in hopes of bettering the educational system, and passing on her knowledge to others through speeches and books. She paved the way for women by publishing several books and co-winning the Nobel Peace Prize in 1931 with Starr.