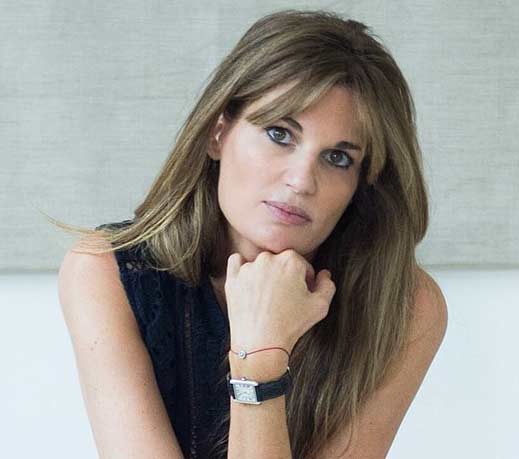 Jemima Marcelle Goldsmith (born 30 January 1974) is a British TV, film and documentary producer and founder of Instinct Productions, a television production company. She was formerly a journalist and associate editor of The New Statesman, a British political and cultural magazine, and European editor-at-large for Vanity Fair. Goldsmith married Pakistan’s now Prime Minister and former cricketer Imran Khan in 1995, and had two sons, Suleiman and Kasim. The couple divorced in 2004.

Born at Chelsea and Westminster Hospital in London, Jemima Marcelle Goldsmith is the eldest child of Lady Annabel Vane-Tempest-Stewart and financier Sir James Goldsmith (1933–1997). Her mother is from an aristocratic Anglo-Irish family, the daughter of the Marquess of Londonderry. Her father was the son of luxury hotel tycoon and former Conservative Member of Parliament (MP) Major Frank Goldsmith, who was a member of the prominent Goldsmith family, which is of German-Jewish ancestry. Her paternal grandmother was French. Her parents were married to different partners at her birth but, in 1978, they married to legitimise their children. Goldsmith has two younger brothers, Zac Goldsmith and Ben Goldsmith, and five paternal and three maternal half-siblings, including Robin Birley and India Jane Birley.

Goldsmith grew up at Ormeley Lodge and attended the Old Vicarage preparatory school and Francis Holland School. From age 10 to 17, she was an accomplished equestrian in London. Goldsmith enrolled at the University of Bristol in 1993 and studied English, but dropped out when she married in 1995. She eventually completed her bachelor’s degree in March 2002 with upper second-class honours. In 2003, she received her MA in Middle Eastern Studies at the School of Oriental and African Studies, University of London, focusing on Modern Trends in Islam.

She was the executive producer of EMMY nominated The Case Against Adnan Syed, a TV documentary series for Sky Atlantic and HBO about the Adnan Syed case, which inspired the popular ‘Serial’ podcast which Academy Award nominee Amy Berg (“Deliver Us from Evil”) directed.

She is also the executive producer of a TV drama series about the Rothschild banking dynasty written by Julian Fellowes.

She was the executive producer for the BAFTA nominated documentary film We Steal Secrets: The Story of WikiLeaks by Alex Gibney, released in 2013.

She was also the co-executive producer for the documentary films Unmanned: America’s Drone Wars (released in 2013) and Making A Killing: Guns, Greed and the NRA (released in 2016), both directed by Robert Greenwald. She co-produced the play Drones, Baby, Drones at the Arcola Theatre, directed by Nicolas Kent and Mehmet Ergen, that premiered in November, 2016.

Goldsmith married Imran Khan, current Prime Minister of Pakistan, a famous Pakistani cricketer, and philanthropist. They also had a civil ceremony on 21 June 1995 at the Richmond Register Office, followed by a midsummer ball at Ormeley Lodge. A few months before her wedding, she converted to Islam, citing the writings of Muhammad Asad, Charles le Gai Eaton and Alija Izetbegović as her influences. After her marriage to Khan, she relocated to his hometown, Lahore, Pakistan, where she learned to speak Urdu and also wore traditional Pakistani clothes.

She wrote in a 2008 article for The Times that she “over-conformed in [her] eagerness to be accepted” into the “new and radically different culture” of Pakistan.

Goldsmith stated that prior to her conversion to Islam she was technically Anglican but “was made familiar with Jewish traditions”, since her paternal grandfather Frank Goldsmith was German Jewish. During her marriage, her Jewish heritage was used by Imran Khan’s political opponents to question their credibility in Pakistani politics, especially concerning accusations that they supported the Jewish lobby.

In 1999 she was charged in Pakistan with illegally exporting Islamic era antique tiles. She said that the charge was a fabrication to harass and damage her husband,[68] but nevertheless left Pakistan to stay with her mother for fear of incarceration. After General Pervez Musharraf overthrew elected Prime Minister Nawaz Sharif in a coup d’état, in 1999, the Ministry of Culture and Archaeology verified the tiles were not antiques, and the Pakistani court dropped the charges, allowing her to return to Lahore.

Goldsmith supported her husband as he became more involved in his Pakistan Tehreek-e-Insaf party. Imran became a member of Pakistan’s parliament in 2002 and has been a “vociferous critic of President Pervez Musharraf”.

On 22 June 2004, it was announced that the couple had divorced ending the nine-year marriage because it was “difficult for Jemima to adapt to the political life of Imran Khan in Pakistan”.

The marriage ended amicably. Imran Khan has said the six months leading to the divorce and the six months after were the hardest year of his life. After the divorce Goldsmith returned to Britain with the former couple’s two sons. According to the divorce settlement, Khan’s boys visit him in Pakistan during their school holidays, and when he comes to London to see them he stays with his former mother-in-law, Lady Annabel Goldsmith. According to Jemima Goldsmith, she and Khan remain on good terms.

Goldsmith has two sons from her marriage to Imran Khan: Sulaiman Isa (born 1996) and Kasim (born 1999). She retained “Khan” as her family name till December 2014 when Imran Khan married news anchor Reham Khan. On 29 December 2000, she and her family were on a British Airways jet to Kenya which was temporarily knocked off course and dived thousands of feet after a mentally ill passenger tried to seize controls in the cockpit. Her mother later said, “Jemima was frightened of flying even before the incident; she’s petrified [now]”. While she was married, she was described as being shy, but also modest, stylish and levelheaded. She was a close friend of Diana, Princess of Wales who visited her in Lahore in 1996.

In 2002, she was listed at number 18 with £20m on the Evening Standard’s young millionaires list.

Following her divorce in 2004, she returned to London and later became involved in a romantic relationship with Hugh Grant. A 2005 article in the Evening Standard noted that “Jemima’s profile” changed from “high during her first marriage” to “soaring since she became involved with Hugh Grant”. Her relationship was scrutinised extensively by the tabloids, but a 2005 survey of London visitors favoured them as “the celebrity couple people would most like to show them round London”. In February 2007, Grant announced that the couple had “decided to split amicably”. Grant’s spokesman added that he “has nothing but positive things to say about Jemima.”

In September 2013, The Daily Telegraph reported that she was dating British activist and actor Russell Brand. In September 2014, she and Brand separated.