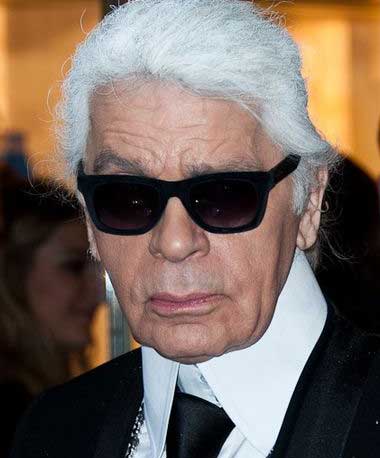 Lagerfeld was born on 10 September 1933 in Hamburg, to Elisabeth (née Bahlmann) and businessman Otto Lagerfeld. His father owned a company that produced and imported evaporated milk; while his maternal grandfather, Karl Bahlmann, was a local politician for the Catholic Centre Party. His family belonged to the Old Catholic Church. When Lagerfeld’s mother met his father, she was a lingerie saleswoman from Berlin. His parents married in 1930.

Lagerfeld was known to misrepresent his birth year, claiming to be younger than his actual age, and to misrepresent his parents’ background. For example, he claimed that he was born in 1938 to “Elisabeth of Germany” and Otto Ludwig Lagerfeldt from Sweden. These claims have been conclusively proven to be false, as his father was from Hamburg and spent his entire life in Germany, with no Swedish connection. There is also no evidence that his mother Elisabeth Bahlmann, the daughter of a middle-class local politician, called herself “Elisabeth of Germany”. He was known to insist that no one knows his real birth date. In an interview on French television in February 2009, Lagerfeld said that he was “born neither in 1933 nor 1938”.

His older sister, Martha Christiane “Christel”, was born in 1931. Lagerfeld had an older half-sister, Theodora Dorothea “Thea”, from his father’s first marriage. His family name has been spelled both Lagerfeldt (with a “t”) and Lagerfeld. Like his father, he used the spelling Lagerfeld, considering it to “sound more commercial”.

His family was mainly shielded from the deprivations of World War II due to his father’s business interests in Germany through the firm Glücksklee-Milch GmbH. His father had been in San Francisco during the 1906 earthquake.

As a child, he showed great interest in visual arts, and former schoolmates recalled that he was always making sketches “no matter what we were doing in class”. Lagerfeld told interviewers that he learned much more by constantly visiting the Kunsthalle Hamburg museum than he ever did in school. His greatest inspiration came from French artists, and he claimed to have only continued school in order to learn the French language so that he could move there. Lagerfeld finished his secondary school at the Lycée Montaigne in Paris, where he majored in drawing and history.