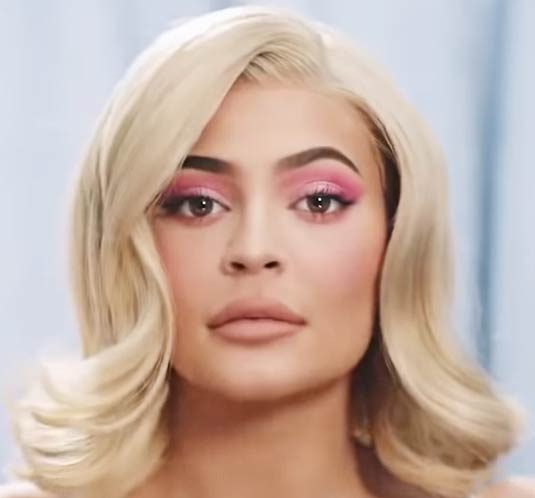 Net Worth: US$1 billion

Kylie Kristen Jenner (born August 10, 1997) is an American media personality, socialite, model, and businesswoman. She has starred in the E! reality television series Keeping Up with the Kardashians since 2007 and is the founder and owner of cosmetic company Kylie Cosmetics.

At age 14 in 2012, she collaborated with the clothing brand PacSun, along with her sister Kendall, and created a line of clothing, “Kendall & Kylie”. In 2015, Jenner launched her own cosmetics line called Kylie Lip Kits, which was renamed to Kylie Cosmetics the following year. They also released a mobile app that reached number one on the iTunes App Store called Kendall and Kylie.

In 2014 and 2015, Time magazine listed the Jenner sisters on their list of the most influential teens in the world, citing their considerable influence among youth on social media. As of December 2020, with over 206 million followers, she is one of the most followed people on Instagram. In 2017, Jenner was placed on the Forbes Celebrity 100 list, making her the youngest person to be featured on the list. Jenner starred on her own spin-off series, Life of Kylie, which premiered on E! on August 6, 2017. In November 2018, New York Post credited her for being the most influential celebrity in the fashion industry.

According to Forbes, in 2019, Jenner’s net worth was estimated at US$1 billion, making her, at age 21, the world’s youngest self-made billionaire as of March 2019, though the notion of Jenner being self-made is a subject of controversy, owing to her privileged background.[15][16] In May 2020, however, Forbes released a statement accusing Jenner of forging tax documents so she would appear as a billionaire. The publication also accused her of fabricating revenue figures for Kylie Cosmetics.

Jenner was born in 1997 in Los Angeles, California. The youngest daughter of 1976 Summer Olympics decathlon winner Bruce Jenner (now Caitlyn Jenner) and TV personality Kris Jenner (née Houghton), she has an older sister, Kendall. On Kris’s side of the family, she has three older half-sisters, Kourtney, Kim, and Khloé Kardashian, and one older half-brother, Rob. Jenner also has three older half-brothers from Caitlyn’s side of the family—Burt, Brandon, and Brody Jenner—and an older half-sister, Casey.

Jenner attended Sierra Canyon School, where she was also a member of the cheerleading team. Jenner claims to have performed in plays while attending school, along with community plays. In 2012, she became homeschooled and enrolled in an at-home education program, from which she graduated with a high school diploma in July 2015 from Laurel Springs School in Ojai, California.

In August 2014, Jenner and Tyga were spotted getting close at Jenner’s 17th birthday party. Days later Tyga ended his engagement with fiancé, Blac Chyna, after dating for three years and having a two-year-old son.

In 2015, Jenner and Tyga made their relationship official after Tyga gifted her a $320,000 Ferrari for her 18th birthday. Jenner made an appearance in two of Tyga’s music videos, Stimulated and Dope’d Up, which confirmed the long rumored couple were finally open about their relationship.

In April 2017, Jenner and Tyga broke up mainly because of their distinguishable age difference. Jenner states that their breakup didn’t end badly nor with a big fight. Rather, it was the fact she was so young and didn’t want to look back and regret how she spent her life as a young woman. The same month, Jenner and Travis Scott met at Coachella where he was performing for part of his tour. They were seen hitting it off the entire night at the event and Kylie ended up going on the rest of the tour with Travis which kicked off the start of their relationship. A month later Jenner was spotted in pictures with Travis at the Met Gala and reported to be exclusive.

On February 4, 2018, Jenner and Scott broke their silence and posted on social media platforms about the birth of their daughter, Stormi, who was born on February 1. Jenner and Scott made a video for Stormi explaining their love for each other and their daughter and updates on how she was doing during her pregnancy. Scott came out with his new album, Astroworld, and Jenner appeared in his music video, Stop Trying to Be God.

In September 2019, their relationship was put on hold when they both confirmed that they were splitting up. The reason behind their split wasn’t because they didn’t love each other anymore, but the hardest part about the relationship was having a million other people be in it, too. The two stated they still have a love for each other, but their focus at the moment was to raise Stormi.

In 2020, Jenner and Scott were found quarantining together during COVID-19. Jenner stated their relationship had remained limited to being co-parents and that it was the best way for both of them to spend time with their daughter.

In 2012, Jenner and Jordyn Woods met through a mutual friend, Jaden Smith, who Kylie met in middle school and Jordyn knew since she was a child. When Smith invited the two over to hangout at his place, they immediately started hitting it off, which sparked the beginning of their friendship.

In 2017, Woods appears on Jenner’s reality TV show, Life of Kylie, which showed how they maintained their friendship with their personal lives.

In 2019, reports came out that Woods had hooked up with Tristan Thompson, Khloe’s boyfriend and father of her daughter, at a house party. The scandal put an end to Jenner and Woods friendship for good and there is no sign of communication since.[100] Jenner later cut the price in half of her Woods-named lip kit “Jordy” after the scandal broke.